#BreakingNews Elderly Women Use Canes to Stop Attacker of Catholic Priest in Edmonton, Canada at Church 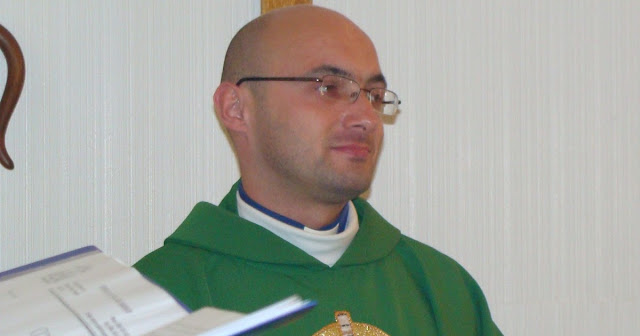 After Mass  at Our Lady Queen of Poland Parish in south Edmonton, Canada, women parishioners used their canes to stop a man from attacking their priest.

As the priest was attacked, parishioners rushed in to help.

Edmonton police are investigating after a group of elderly women, armed with canes, protected their parish priest from an unprovoked assault.

Father Marcin Mironiuk had just finished leading evening mass at Our Lady Queen of Poland parish in south Edmonton on March 13, 2019 when he was approached by a young man he didn't recognize.

The stranger threw Mironiuk to the ground and wrapped his hands tightly around Mironiuk's neck, said Lorraine Turchansky, a spokesperson for the Catholic Archdiocese of Edmonton.

Fr. Mironiuk struggled to breathe, so parishioners responded with the only weapons they had  — their walking canes.

"They were elderly ladies who were very shocked, understandably, but they did manage to intervene," Turchansky said in an interview Tuesday with CBC Radio's Edmonton AM.

"They hit him with their canes and got him to release the priest."

The attacker loosened his grip on Mironiuk's neck and ran off, Turchansky said.

"Perhaps if they had been younger they would have had their cell phones out and would have been calling 911 but that wasn't the case here," Turchansky said.

Mironiuk, who declined an interview with CBC News, wasn't hurt in the attack.

Edmonton police confirmed that an investigation is ongoing, and that witnesses, armed with canes, helped scare off the alleged attacker.

Police described the suspect as a white man, five-foot-nine and about 25 years old. He had short dark hair and wore a red T-shirt and a black jacket. He smelled of liquor, police said.

It's Easy to Donate CLICK the Link Below! - This Lent Donate to Catholic News World, a Great Mission, in over 200 Countries World Wide! Every little bit helps $3, $5....- as a Donor you and your Family will be added to our Mass Prayers - You can add your prayer intention on the Donation site "Donor Wall":
https://donorbox.org/support-catholic-news-world-we-need-your-help
Posted by Jesus Caritas Est at 8:38 AM

In light of recent attacks in Canada, I think parishioners would to well to have a strategy meeting on how they would proceed if this were to happen in their church. And of course, keep praying the St. Michael prayer.

I was charged defending my son against attackers at my home at 4am. Just saying if Canada is trying to stop defense of another then maybe the old lady's should be charged. They had canes (weapons) while the man was unarmed. Sorry but If I had less then 3 minutes to respond to protect my son and told I should have called police too....Just saying is Canada going to let this go because it was a church?? My son's attackers also had alcohol on their breath. I agree self defense should be allowed in Canada. I just feel if it wasn't for me then we should all face the same consequences. I was jailed and abused by guards in the jail too :(

Do you say this because it involves the Catholic Church and a priest? Otherwise, if you felt that an injustice has been done to you and you certainly were displeased, why do you call for the same kind of injustice to be don to others? why don't you instead advocate for a better justice system for such cases?