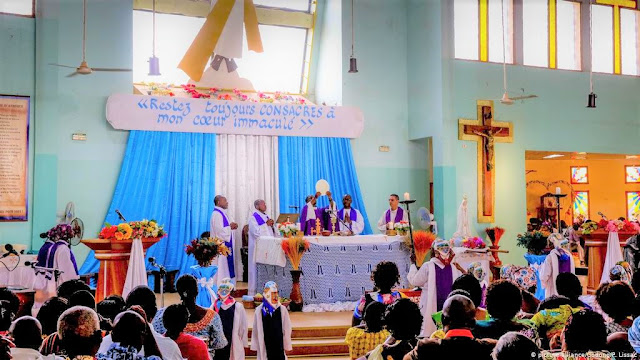 An attack in a Catholic church in north-central Burkina Faso  on Sunday, May 12 in the morning, has left six people, including the priest, dead.

At the beginning of Mass attackers opened fire on the congregation. The attack occurred in the village of Dablo, 90 km from Kaya, according to FRANCE 24.

"Towards 9:00am, during mass, armed individuals burst into the Catholic Church," the mayor of Dablo, Ousmane Zongo, told AFP. "They started firing as the congregation tried to flee."

A "group of some twenty to thirty armed men" is reported to have commenced the attack on Sunday.

"They burned down the church, then shops and a small restaurant before going to the health centre where they searched the premises and set fire to the head nurse's vehicle," Mr. Zongo said. "The city is filled with panic. People are holed up at home."

Burkina Faso has often been the location for deadly terrorist attacks over the past four years, which are attributed to jihadist groups.

Did you Know CNW usually makes less than $1/day on Ads? By Donating to Catholic News World you help bring News about the world that the media often ignores to over 200 Countries World Wide! Every little bit helps - as a Donor you and your Family will be added to our Prayers - You can even add your prayer intention on the Donation site "Donor Wall":

Anonymous said…
What Country is that city located