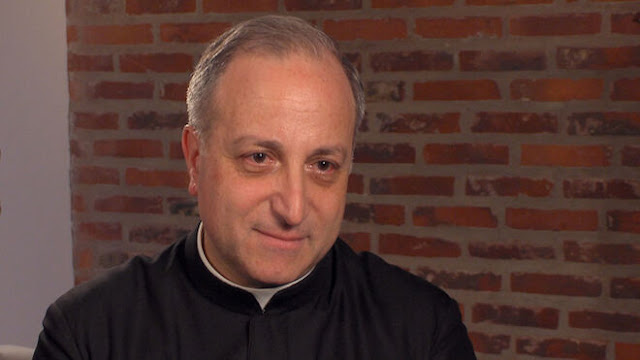 A statement released by the archbishop of La Plata, Víctor Manuel Fernández reveals that Roberto Juan Yannuzzi has been removed from the clerical state. He is that founder of Miles Christi which was first established as a Public Association of Clerical Faithful in the Archdiocese of La Plata on December 20, 1994. After fulfilling the requirements of the Church, the association became a Clerical Religious Institute on February 2, 1999. Miles Christi is formed of priests, coadjutor brothers, consecrated women and lay associates. According to its website, its mission is the sanctification of the laity, especially young people. The institute’s apostolate focuses on spiritual direction, giving the spiritual exercises of Saint Ignatius Loyola, retreats, camps and religious education. According to KNA, Pope Francis was Mr. Yannuzzi's confessor in the 1970's.

FULL TEXT Relase by Archdiocese of La Plata, Argentina:
The archbishop of La Plata, Víctor Manuel Fernández communicates that the Holy Father has ordered the resignation of the clerical state of the priest Roberto Juan Yannuzzi. Pope Francisco's decision is based on the fact that Father Yannuzzi has been found guilty of crimes against the sixth commandment with adults, of acquittal of the accomplice and of abuse of authority.
The accusations, which affected religious who were part of the Miles Christi Institute, of which he was founder and superior, demanded the intervention of the Holy See.
For this reason, in agreement with the new authorities of the aforementioned Institute, the current Archbishop of La Plata sent to the Congregation for the Doctrine of the Faith a complete report on this case on March 11, 2019. The decision taken by the Holy Father implies that Mr. Yannuzzi will no longer be able to exercise the priestly ministry, either publicly or privately. Nor can he teach in seminars or comparable institutes, in educational centers of lower or higher level that depend on the ecclesiastical authority.
La Plata, Feb. 2, 2020
Source: https://www.arzolap.org.ar/comunicado-del-arzobispado-sobre-la-dimision-expulsion-del-estado-clerical-a-un-religioso-en-la-plata/
Posted by Jesus Caritas Est at 4:45 PM