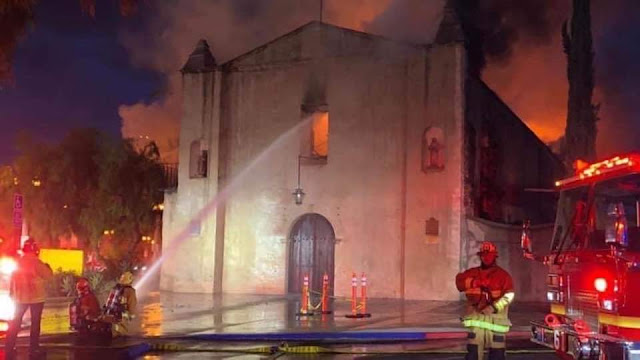 San Gabriel Mission was badly damaged in Fire
Extensive damage was reported to the roof and inside the building.

Since the fire happened at the church, the mission is heavily damaged. But not all is lost, as many artifacts were being stored off-site.
An early morning fire caused extensive damage Saturday to the nearly 250-year-old San Gabriel Mission, a landmark in the history of Southern California that contains artifacts dating to the late 1700s.


No injuries were reported. The San Gabriel Fire Department said there was no evidence of arson.
Archbishop Gomez Tweeted pictures of the fire 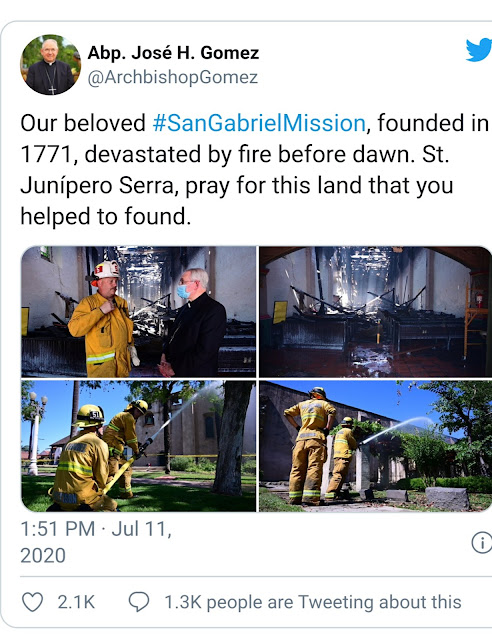 The fire was reported at about 4:30 a.m. Firefighters arrived to find flames inside the church building.

The roof of the Mission is completely gone. The interior up to the altar is destroyed, he said.

The altar is the original, which was handcrafted in Mexico City and brought to the Mission in the 1790s. The interior is filled with items of historic importance, including handcarved statues brought to Southern California from Spain in the 1790s.
Edited from Nbc

Posted by Jesus Caritas Est at 6:42 AM