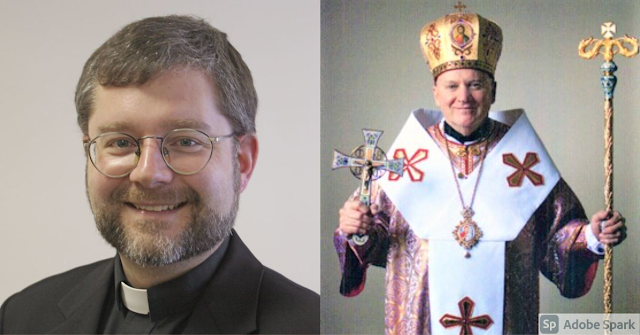 The Pope accepted the resignation of the Bishop of the Eparchy of Saints Cyril and Methodius of Toronto of the Slovaks of the Byzantine rite (Canada) and appointment of the Apostolic Administrator see vacant.

The Holy Father accepted the resignation from the pastoral governance of the Eparchy of Saints Cyril and Methodius of Toronto Slovaks of the Byzantine Rite (Canada) by HE Mgr. Marián Andrej Pacák C.SS.R., and appointed Apostolic Administrator headquarters vacancy of the same circumscription HE Msgr. Kurt R. Burnette, Bishop of Passaic dei Ruteni (USA).

Pope Francis has appointed Bishop Thomas Dowd as the new Bishop of Sault Sainte Marie, Canada, transferring him from the titular See of Treba and the office of Auxiliary of the Metropolitan Archdiocese of Montreal.

Bishop Thomas Dowd was born on September 11, 1970, in Lachine, Montreal. Before entering the seminary, he obtained a University Diploma in International Trade from Concordia University of Montreal.

Bishop Dowd studied at the Grand Séminaire de Montréal, which was affiliated with the Pontifical Lateran University in Rome, from which he received degrees in Philosophy, Theology and Divinity in 1997, 2000, and 2002 respectively. He also received a Licentiate in Theology from the Université de Montréal in 2002. Bishop Dowd was ordained a priest on 7 December 2001.

He worked as part of the diocesan curia as Associate Director for the Office of Pastoral Personnel, and as Director of the Diocesan Formation Services.

On July 11, 2011, he was appointed titular Bishop of Treba and Auxiliary of Montreal, and was consecrated on September 10, 2011.

At the Episcopal Conference of Canada,  Bishop Dowd is Chairman of the Committee on Canon Law and Representative of the Apostleship of the Sea.

Edited from Vatican.va and VaticanNews.va