Saint April 25 : St. Mark Evangelist Who is Represented by a Lion and the Patron of Lawyers and Prisoners 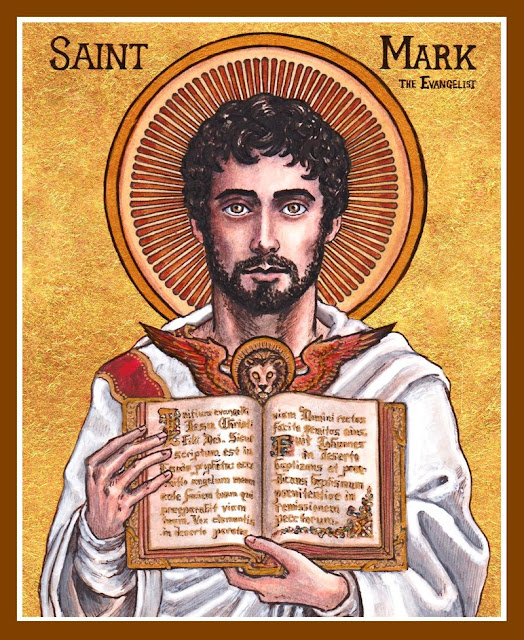