US Bishops’ Migration Chairman Welcomes Refugee Admissions Target "...to bear concrete witness to the Christian faith in a spirit of charity.’” FULL TEXT 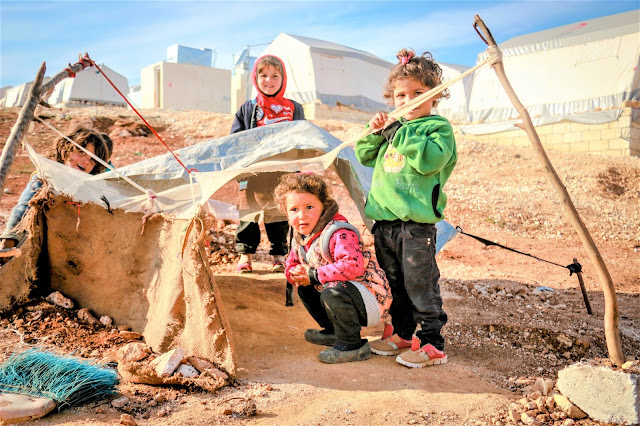 WASHINGTON - On October 8, the Biden Administration announced a Fiscal Year 2022 Presidential Determination (PD) of 125,000 refugees for resettlement through the U.S. Refugee Admissions Program (USRAP). This is the highest PD since 1993 and follows four consecutive years of historic lows. During the previous fiscal year, which ended on September 30, the U.S. resettled only 11,411 refugees out of a possible 62,500, the lowest number in the program’s history.

The USRAP was created in 1980, and it has received strong bipartisan support ever since. The U.S. Conference of Catholic Bishops (USCCB) is one of nine national resettlement agencies that partners with the U.S. government in this effort. The Catholic Church’s involvement in refugee resettlement stems from the Church’s social teaching on the common good and is consistent with its longstanding role in welcoming newcomers and supporting integration.

Bishop Mario E. Dorsonville, auxiliary bishop of Washington and chairman of the USCCB’s Committee on Migration, issued the following statement:

“The last few years have had a devastating impact on refugee resettlement, all while we witness the greatest forced migration crises in decades. We commend the Administration for seeking to reassert American leadership in this area, and we look forward to continued action in support of this goal. We also urge Congress to provide the resources necessary to not only rebuild the Refugee Admissions Program but sustain it for the next four decades and beyond.

“Whether fleeing war, natural disaster, or persecution, the positive contributions of refugees to our society have been well documented. First and foremost, however, we recognize them as vulnerable members of the same human family to which we ourselves belong.

“In a special way, we as Catholics are called to this ministry of welcome and encounter, through which we express the fullness of the Church’s universality. The bishops of the United States pledge our continued commitment to this work, and we praise the many Catholic organizations, communities, and persons dedicated to what Pope Francis has referred to as ‘a new “frontier” for mission, a privileged opportunity to proclaim Jesus Christ and the Gospel message at home, and to bear concrete witness to the Christian faith in a spirit of charity.’”

In May, Bishop Dorsonville called 125,000 refugee admissions “a figure more consistent with our values and capabilities as a nation.” For more information about refugees, the USRAP, and the Church’s work on this issue, please visit the Justice for Immigrants website