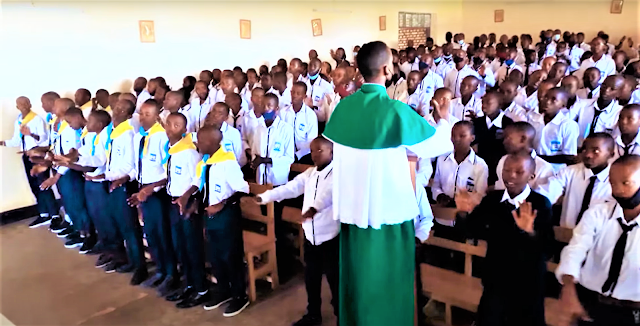 The attack which took place just after 8 p.m. It targeted the training center for future priests of the diocese of Fada N'Gourma. The residents of this seminary, had previously received rescue training in the event of an attack. Therefore they were dispersed in the outdoors all night before returning all in the morning safe and sound. Two dormitories and a classroom were burned down and the vehicle of a priest trainer was stolen. There are 146 in the seminary.
Source: Burkina24.com
(Video of the Minor Seminary)

Anonymous said…
I personally really afflicted by what happened for the true followers of God, Jesus Christ by His name. He is the Heir to God The Father, The Almighty. Wish these victims long life and full fruitful time in this world. May Jesus clear the mind, heart and eyes of those poor enslaved 'attackers'. Amen.
February 16, 2022 at 11:25 AM