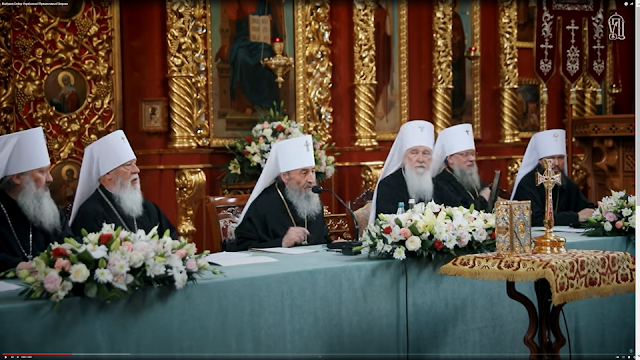 The Metropolitan of Kyiv, Onufriy, held a council of the Ukrainian Orthodox Church (Moscow Patriarchate) on May 27th which decided to adopt “full self-sufficiency and independence,” from Russian Orthodoxy.

Resolution of the Council of the Ukrainian Orthodox Church of May 27, 2022

The Council of the Ukrainian Orthodox Church (hereinafter - the Council), held on May 27, 2022 in Kyiv, considered issues of church life that arose as a result of the military aggression of the Russian Federation against Ukraine. Based on the results of the work, the Council approved the following:

The Council expresses its deep conviction that the key to the success of the dialogue must be not only the desire to restore church unity, but also the sincere desire to build one's life on the principles of Christian conscience and moral purity.