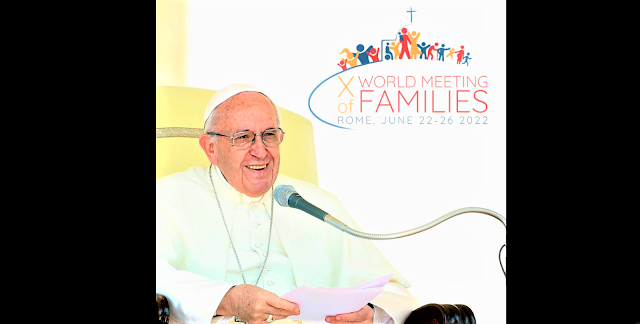 The sending Mass was at the same time the moment of the official closing of the Year "Amoris Laetitia Family" - as recalled in his greeting by the Prefect of our Dicastery, Card. Kevin Farrell.
The cardinal also thanked the Holy Father "for the real 'gifts' he made to all families in this year dedicated to them: the Letter to the spouses, the recent document on the Catechumenal Itineraries for married life, the touching 10 Video Amoris Laetitia on the family and the cycle of Catechesis on old age that is developing, with which it returns again to the theme of the elderly. "
The Prefect also announced the next two family meetings with the Holy Father. The first will be the "Jubilee of Families" which will take place in 2025 in Rome as part of the celebrations for the Jubilee Year. The second, whose location is not yet announced, will be the XI World Meeting of Families 2028. In the Year for the Family “Amoris Laetitia”, the Dicastery for Laity, Family and Life has prepared this booklet on “Holiness in Families around the World” with the purpose of providing family ministry with a path to reveal the beauty of the vocation to marriage and family as a way to holiness. 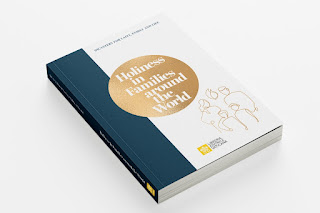 During the 10th World Meeting of Families, the book entitled, “Holiness in Families around the world”, was given as a gift to the 2000 delegates and was presented by Giovanni and Elisabetta Scifoni.
Our hope is that each one of us be encouraged to seek, as did these couples, the original and only way of holiness that the Lord wishes to give to our family, reminding us that «the measure of our holiness» does not depend on our greatness, rather «from the stature that Christ achieves in us». (GE 21)
The first World Meeting of Families was held in Rome in 1994 under Pope John Paul II. The global meeting of Catholic families usually occurs in a different city every three years. (Source: Vatican Dicastery for Laity and Family Life)

A post shared by Laity, Family and Life (@laityfamilylife)