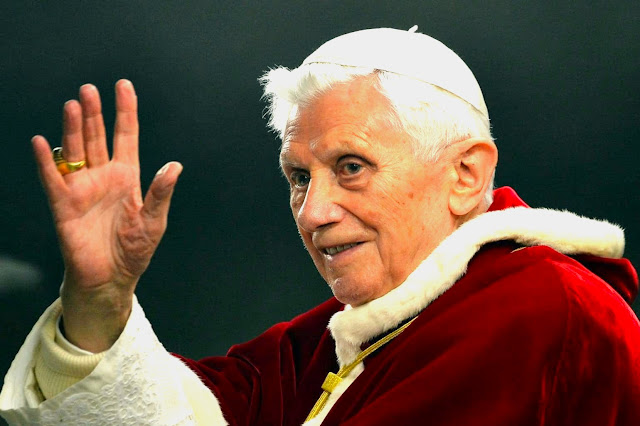 Statement by Archbishop Costelloe Head of Australia's Bishops - FULL TEXT:
Church in Australia mourns death of Pope Benedict XVI
Archbishop Timothy Costelloe SDB says Pope Benedict XVI will long be remembered fondly in Australia as the Pontiff who led young people from around the globe in prayer at World Youth Day in Sydney in 2008.
Pope Benedict, born Joseph Ratzinger, led the Church from April 2005 until February 2013, becoming the first Pope in centuries to resign. He had earlier served as head of the Congregation for the Doctrine of the Faith, one of the Vatican’s most influential departments, for more than two decades.
(Video of Sydney's Archbishop Anthony Fisher on Pope Benedict XVI:)

Pope Benedict died in Rome, where he had lived since his papal retirement, on Saturday evening, Australian time.
“From his time as an expert adviser – or peritus – at the Second Vatican Council onwards, there was no question that Joseph Ratzinger was a major figure within the Church around the world,” said Archbishop Costelloe, president of the Australian Catholic Bishops Conference.
“His papacy will be remembered as one of rich teaching, including his encyclicals on love, hope and truth, as well as his book series Jesus of Nazareth, and for important reforms in areas like liturgy and in the handling of child sexual abuse.”
Archbishop Anthony Fisher OP, the bishop who oversaw World Youth Day in 2008, said Pope Benedict had been a key influence and someone with whom he became close.
“I had the great privilege of spending some private moments with Pope Benedict, away from the spotlight,” Archbishop Fisher said.
“They were moments I will forever cherish. He had a great intellect, which he shared through his work as a professor, a Church leader and ultimately as Pope.
“He did not seek nor enjoy the spotlight, but he produced some magnificent works that have shaped and will continue to shape Catholic thought and Catholic life.”
Archbishop Fisher said he was very grateful to spend some time with Pope Benedict during his visits to Rome.
“Reminiscing about his time in Australia and learning from this gentle father figure was a real joy,” he said.
Archbishop Costelloe said parishes around the country will hold special memorial Masses for Pope Benedict in the coming days, encouraging those wishing to attend to visit local church and cathedral websites for more information.
“These Masses will be a chance to celebrate the life and faith of Pope Benedict, but also to pray for the repose of his soul – just as we do for anyone who has died,” he said.
Source: https://mediablog.catholic.org.au/church-in-australia-mourns-death-of-pope-benedict-xvi/