VATICAN : POPE : PRAY IN SILENCE AND OTHER NEWS 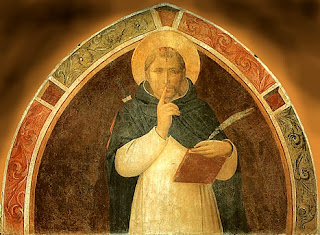 SILENCE IS INDISPENSABLE FOR PRAYER
Vatican City, 7 March 2012 (VIS) - During his general audience this morning Benedict XVI concluded a series of catecheses dedicated to the prayer of Jesus. Today he turned his attention to the theme of alternating words and silence which characterised Christ's earthly life, above all on the Cross, and which is also significant in two aspects of our own lives.
Addressing the 10,000 pilgrims gathered in St. Peter’s Square, the Pope explained that the first of these aspects "concerns accepting the Word of God. Interior and exterior silence are necessary in order to hear that Word", he said. Yet, "our age does not, in fact, favour reflection and contemplation; quite the contrary it seems that people are afraid to detach themselves, even for an instant, from the spate of words and images which mark and fill our days".
However, "the Gospels often show us ... Jesus withdrawing alone to a place far from the crowds, even from His own disciples, where He can pray in silence". Moreover, "the great patristic tradition teaches us that the mysteries of Christ are linked to silence, and only in silence can the Word find a place to dwell within us".
"This principle", the Holy Father went on, "holds true for individual prayer, but also for our liturgies which, to facilitate authentic listening, must also be rich in moments of silence and of non verbal acceptance. ... Silence has the capacity to open a space in our inner being, a space in which God can dwell, which can ensure that His Word remains within us, and that love for Him is rooted in our minds and hearts, and animates our lives".
The Pope then turned to focus on the second important aspect of the relationship between silence and prayer. "In our prayers", he said, "we often find ourselves facing the silence of God. We almost experience a sense of abandonment; it seems that God does not listen and does not respond. But this silence, as happened to Jesus, does not signify absence. Christians know that the Lord is present and listens, even in moments of darkness and pain, of rejection and solitude. Jesus assures His disciples and each one of us that God is well aware of our needs at every moment of our lives".
"For us, who are so frequently concerned with operational effectiveness and with the results ... we achieve, the prayer of Jesus is a reminder that we need to stop, to experience moments of intimacy with God, 'detaching ourselves' from the turmoil of daily life in order to listen, to return to the 'root' which nourishes and sustains our existence. One of the most beautiful moments of Jesus' prayer is when, faced with the sickness, discomfort and limitations of his interlocutors, He addresses His Father in prayer, thus showing those around him where they must go to seek the source of hope and salvation".
Christ touches the most profound point of His prayer to the Father at the moment of His passion and death, Pope Benedict said. And citing the Catechism of the Catholic Church he concluded by noting that "His cry to the Father from the cross encapsulated 'all the troubles, for all time, of humanity enslaved by sin and death, all the petitions and intercessions of salvation history are summed up in this cry of the incarnate Word. Here the Father accepts them and, beyond all hope, answers them by raising His Son. Thus is fulfilled and brought to completion the drama of prayer in the economy of creation and salvation'".

ARMENIAN SYNOD: BEAR GENEROUS AND JOYFUL WITNESS TO CHRIST
Vatican City, 7 March 2012 (VIS) - At the end of his catechesis during this morning's general audience, the Holy Father addressed some words of greeting to His Beatitude Nerses Bedros XIX Tarmouni, patriarch of Cilicia of the Armenians, and to bishops of the Armenian Catholic Church who have come to Rome for a Synod. Benedict XVI spoke of his "sincere gratitude" for the patriarch’s faithfulness to his Christian traditions and to the Successor of the Apostle Peter.
"I accompany your Synod with my fervent prayers and with an apostolic blessing, in the hope that it may favour communion and understating among pastors, helping them to guide, with renewed evangelical fervour, Armenian Catholics along the path of generous and joyful witness to Christ and His Church. ... My prayerful thoughts also go to the regions of the Middle East, and I encourage pastors and faithful to persevere with hope amidst the great suffering which afflicts those dear peoples".
Finally the Pope addressed greetings in various languages to the pilgrims gathered before him in St. Peter's Square. Speaking Polish he mentioned the victims of a recent rail accident in the country. "I pray for the eternal repose of the deceased", he said, "and for the speedy return to health of the injured".

OTHER PONTIFICAL ACTS
Vatican City, 7 March 2012 (VIS) - The Holy Father:
- Included as members of the Congregation for the Oriental Churches: Cardinal Angelo Scola, archbishop of Milan, Italy; Cardinal Marc Ouellet P.S.S., prefect of the Congregation for Bishops; Cardinal Andre Vingt-Trois, archbishop of Paris, France; Cardinal Reinhard Marx, archbishop of Munich and Freising, Germany, and His Beatitude Bechara Boutros Rai, patriarch of Antioch of the Maronites.
- Confirmed Cardinal Angelo Bagnasco, archbishop of Genoa, Italy, as president of the Italian Episcopal Conference for the next five years.
- Appointed Archbishop Lorenzo Baldisseri, secretary of the Congregation for Bishops, also as secretary of the College of Cardinals.
- Appointed as members of the Pontifical Committee for International Eucharistic Congresses: Archbishop Salvatore Fisichella, president of the Pontifical Council for Promoting New Evangelisation, and Archbishop Savio Hon Tai-Fai S.D.B., secretary of the Congregation for the Evangelisation of Peoples.
- Appointed Bishop Paulo Mendes Peixoto of Sao Jose do Rio Preto, Brazil, as metropolitan archbishop of Uberaba (area 27,228, population 746,000, Catholics 539,000, priests 78, permanent deacons 21, religious 181), Brazil. He succeeds Archbishop Aloisio Roque Oppermann S.C.I., whose resignation from the pastoral care of the same archdiocese the Holy Father accepted, upon having reached the age limit.