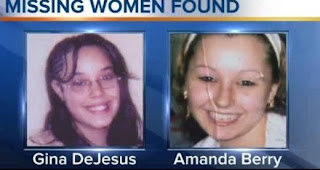 3 missing teens (pictured) who were kidnapped about 10 years ago have been found in Cleveland, Ohio, USA.
The suspects Ariel Castro, age 52. Since this article appeared the 2 brothers Pedro, age 54, Onil age 50 have been cleared of any involvement. (pictured below).
Amanda Berry, age 27, her 6 year old daughter, Georgina de Jesus, age 23, and Michelle Knight, age 32 were found. Amanda managed to escape when the captors were  out of the house. A man passing by heard Amanda screaming from the front door and managed to let her out. She then went to a nearby house and phoned the police. Berry was abducted in 2003 at the age of 16, DeJesus at the age of 14 in 2004, and Knight went missing in 2002. They were all taken to hospital for severe dehydration and malnutrition. It was reported that the women gave birth to at least 5 babies in their captivity. However, so far only 1 child was found a 6 year old girl, named Jocelyn, belonging to Berry. Police found chains and ropes against the walls which held the women. 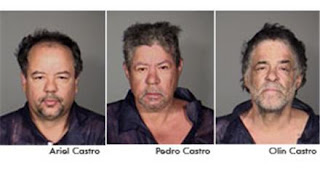