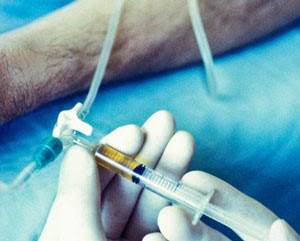 Compassion is not expressed by killing those who are suffering
Dignity is not served by telling the old and dying, through laws, that they would be better off dead.
That is the strong message the Catholic Bishops of NSW have sent to all the State's parliamentarians following the introduction of the Rights of the Terminally Ill Bill 2013 into the Upper House last week which would legalise euthanasia in this State.
While supporters of the Bill claim it is all about "compassionate death", the Bishops say compassion is not expressed by killing those who are suffering.
True compassion should drive us to do all we can to express people's pain, loneliness or fear.
The Rights of the Terminally Ill Bill was introduced by Greens MP Cate Faehrmann and it calls for voluntary assisted suicide for the terminally ill.
The NSW Bishops' letter follows a call last week by the Hon Greg Donnelly MLC to all Australians to write to every member of the State's Legislative Council calling on them to reject "the Greens Culture of Death".
The Bishops of NSW are convinced more positive ways of dealing with terminal illness can be found other than offering lethal injections to already vulnerable people.
For the full message from the Catholic Bishops of NSW click here
SHARED FROM ARCHDIOCESE OF SYDNEY