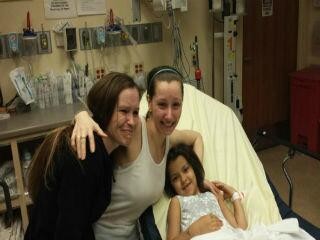 FOR MORE INSPIRATIONAL NEWS LIKE JCE NEWS ON FACEBOOK
https://www.facebook.com/jesuscaritasestnews
Michelle Knight (pictured below) was the 1st victim of Castro however, she had been gang raped in high-school by 3 boys before being abducted. She conceived and gave birth to a son, Joey, before she was taken by Castro. The government tried to take her son away and she was in a custody battle when she was taken. In fact while in captivity she conceived 5 times but was starved and beaten in the stomach by Castro until she miscarried. Truly, Michelle Knight has suffered a great deal. She is now in hiding and recovering from the mental and physical abuse of Ariel Castro. Let us pray for these 3 women Amanda Berry, Michelle Knight and Gina DeJesus. But also let us remember to pray for all victims and the innocent children born from tragedy.
See http://jceworld.blogspot.ca/2013/05/3-missing-teens-found-10-years-later.html story of the women found.
These cases show that the child conceived in rape does not deserve the death penalty of abortion as now happens but love.