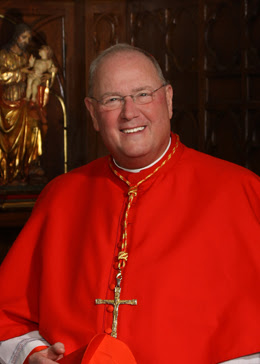 Standing in New York Harbor, the Statue of Liberty is one of our most beloved landmarks, both as New Yorkers and as Americans.  So many of our ancestors fondly recalled seeing Lady Liberty, their first vision of a new homeland.  Many of them told the story of seeing her for the first time, and not a few of them had to pause in retelling it because of a lump in their throat or a tear in their eye.
Even those of us who were born in America cherish the Statue of Liberty, and, even more importantly, what it stands for.  Who indeed can fail to be moved by the line from Emma Lazarus’ famous poem:
“Give me your tired, your poor, Your huddled masses yearning to breathe free”
That atmosphere of liberty is so much a part of the American experience and heritage.  Of course, most of us did not have to travel far and suffer hardship to glimpse the torch of the Statue, and to embrace her promise of freedom.  Most newcomers today do not come by ship, and so never set eyes upon her.  We New Yorkers, frequently in a rush to our next destination, don’t even look out into the Harbor very often.
So it would be easy for us to take the Statue of Liberty for granted, as just another landmark for tourists to visit.  And it would be all too easy to forget how precious — and fragile — is that breath of freedom that our forerunners yearned for so ardently.  This desire for freedom was written into the human heart by God, and exalted in God’s word in the Bible.  It is expressed so powerfully in the founding documents of our nation, the Declaration of Independence and the Constitution.  It is the ideal to which all our national institutions aspire, and which they are bound to protect and respect.  It is for freedom that so many of our brothers and sisters have been willing to sacrifice their lives to defend.
I don’t wish to push this analogy too far, but in recent years it has become a bit more difficult to “breathe free” as deeply as we would like.  The atmosphere is not quite so clear and mild any more.  Our liberty — like clean air — isn’t something we can take for granted.
This is the reason that the Bishops of the United States have called upon all Catholics, and all people of good will, to spend the days from June 21 through July 4 as a Fortnight for Freedom.  These fourteen days are designed to raise awareness and to encourage action on a number of the current challenges to religious liberty.  These include:
My brother bishops and I are encouraging people to offer prayers to God, the source of our freedom, that we may fully enjoy the liberty that was sought by those who came to our shores.  We are also urging practical action to defend our freedom.
Our two weeks begin tomorrow, June 21, and include moving feasts, such as June 22, the feast of Saint Thomas More and Saint John Fisher, both martyrs in England as they prophetically defended the rights of the Church against intrusion by the crown; June 24, the Birth of Saint John the Baptist, the one who defended God’s law to a tyrant and lost his head because of his courage; and, of course, Independence Day.
We must never forget the power of the American promise, which was passed on to us by our ancestors, and which we hold in trust for generations to come.
And, like Lady Liberty, may we always be proud to lift high the torch of freedom and hope to those who yearn for it today.
His Eminence, Timothy Cardinal Dolan
SHARED FROM ARCHDIOCESE OF NEWYORK - BLOG OF CARDINAL DOLAN