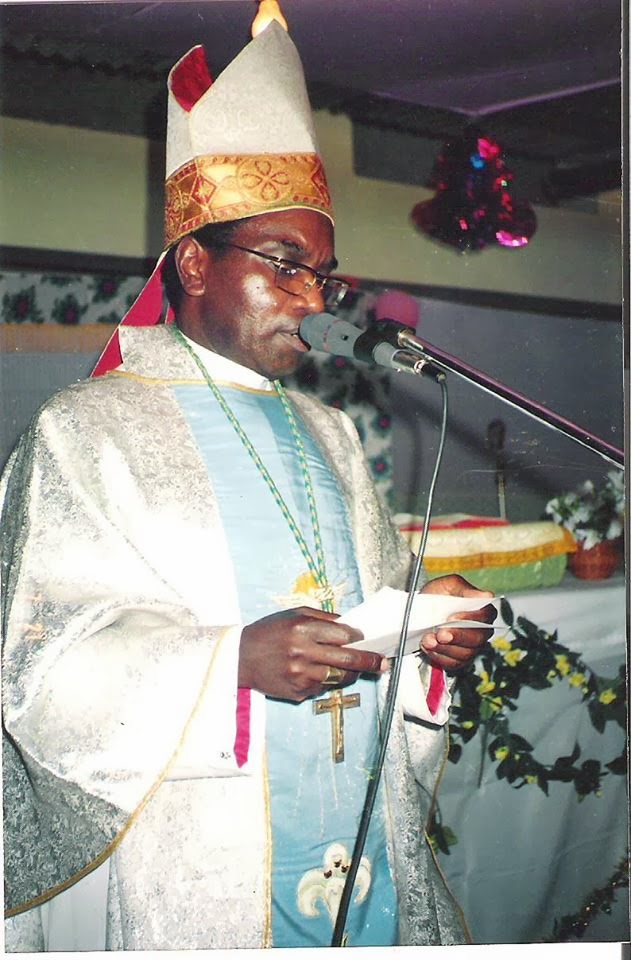 FOR BREAKING NEWS AND INSPIRATIONAL STORIES AND FREE MOVIES

CISA news report -Hundreds of faithful on Tuesday February 11, gathered in and around Bujumbura cathedral in Hoima town to pay their last respects to the bishop of Hoima Catholic diocese, Deogratias Byabazaire Abwooli.
Huge crowds had lined up along Hoima-Kampala road leading to the cathedral where the diocese’s vicar general Msgr Mathias Nyakatura celebrated a funeral mass for bishop Byabazaire, 72, who passed away on Saturday, February 08 at Nsambya hospital, shortly after he had been returned from India where he had sought treatment for high blood pressure, diabetes and a brain tumor.
Bishop Byabazaire’s who was the head of the Catholic Church in the diocese that covers the districts of Hoima, Buliisa, Kibaale, Masindi and Kiryandongo, was well known for his self-sacrifice especially in the area of education and Nyakatura during the mass termed the bishop’s death as “a big blow to the church”.
Father Robert Mugisa, the Hoima Catholic pastoral coordinator, said bishop Byabazaire’s love for the people, education and priesthood was outstanding. “I cannot count the number of students he has sponsored in schools. Many of them have become priests and nuns and he knew many people by their pet names out of love,” he said.
According to Lenard Muganwa, a brother of the deceased, half of the students at St Andrew Kaahwa’s College, a Catholic-founded secondary school near Bujumbura Cathedral bishop were being sponsored by the late bishop at the time he was taken ill.
Bishop Byabazaire wrote a will in which he donated text books (his only property), to universities and seminaries said his brother Henry Muganwa Kajura the first deputy prime minister and minister of public service.
Kajura added that bishop Byabazaire did not keep money or gifts he received and when he started writing his will, he found out that he only had a box of text books as his property. He had acquired the books from the seminaries where he taught. “Byabazaire willed the books to universities and seminaries,” Kajura said.
The late Deogratias Byabazaire Abwooli was born on October 9, 1941 to Lawrence and Veronica Muganwa in Karujubu village, Masindi district. He was a the sixth born in a family of 14 children and attended; St Aloysius Primary School in Hoima town, Kitabi Seminary Mbarara before joining Katigondo Major Seminary in Masaka for a bachelor’s degree in philosophy.
He went to Urubania University in Rome, Italy, for a master’s degree in theology and obtained a PhD in church history and community development from Germany in 1978. He later studied at the University of London and Sorbon University, France and on August 9, 1969 he was ordained priest at Bujumbura Cathedral, Hoima.
Byabazaire was consecrated bishop in 1990 and the following year on March 9, 1991installed as bishop of Hoima Catholic diocese. Section from CISA NEWS