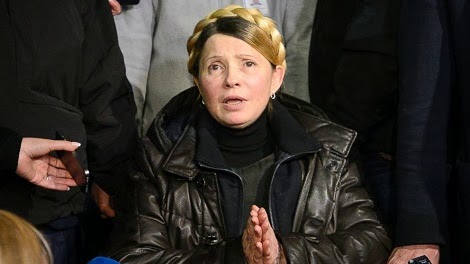 Ukrained, EuroMaidan protests started on Nov. 21, and lasted until Feb. 21, 2014. After 93 days almost 100 people were killed and thousands were injured. They started when President Viktor Yanukovych rejected a trade agreement with the European Union.  However, now Prime Minister Yulia Tymoshenko has been released from prison. Oleksandr Turchynov, the opposition leader, is now appointed as parliament speaker and acting prime minister. Viktor Yanukovych had agreed to resign as president but then recanted his resignation statement. The President abandoned his duties and his location is unknown. Therefore, parliament impeached him for leaving his post and set early presidential elections at May 25.  Parliament voted 328-0 to impeach Yanukovych on Feb. 22, 2014. They accused him of human rights violations and abandonment of his duties.