VIOLENCE IN VENEZUELA - WHAT'S GOING ON? 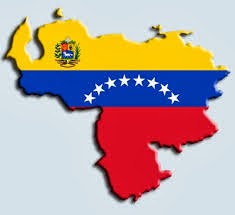 Maracay (Agenzia Fides) - The Bishop of the Diocese of Maracay (Venezuela), Mgr. Rafael Ramón Conde Alfonzo, wanted to comment on the terrible situation of violence that the country is experiencing and sent a message "to both students who have their own ideological conception and to those who do not share it". "We all have a responsibility in forging a more dignified Venezuela", the Bishop said in the statement sent to Fides , "but not in violent forms", which only generate more violence and chaos. Mgr. Conde Alfonzo wanted to emphasize that "the right to protest is a civil right granted by the Constitution that the State must recognize". He then added that the Venezuelan population has reason to protest: "No one can deny or hide that there is rampant violence and insecurity", adding that "the State must assume its role of governing for all citizens and not just for one faction". The recent protests against the government of President Nicolas Maduro caused three deaths and fifty wounded (See Fides14/02/2014). While opposition leaders harshly criticized the action of the police and government authorities. The same Maduro launched an invitation to the main political groups (including the opposition) last night, asking them to carry out together a "Plan de Pacificacion" (pacification plan) to solve the serious problem of insecurity in the streets. According to data Fides collected, in Venezuela the problem of insecurity caused only in 2013, 11,000 deaths (official figures), but according to the data of some NGOs there are more than 20,000 deaths. (CE) (Agenzia Fides 15/02/2014)