Pope Francis picks up hitchhikers in his Popemobile - Watch 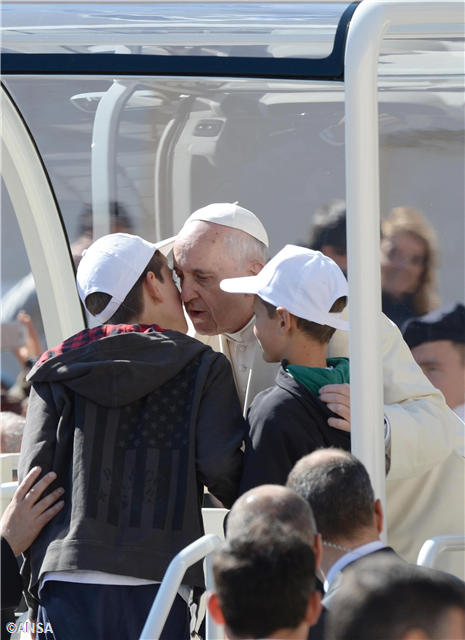 RomeReports Release: Two Italian school boys can boast what few others can, riding on board the Popemobile with Pope Francis. Before the start of Wednesday's General Audience at St. Peter's Square, the Pope rode around the crowd, but stopped when he came across a group of Italian schoolchildren. He stepped off, and greeted the enthusiastic children. The Pope then asked who among them would like to go join him on board. In the end, he chose two boys. Security helped them jump the barriers, and escorted them on board the Popemobile. They rode with the Pope for about five minutes, as he continued greeting the crowd. Shared From RomeReports
Image source Radio Vaticana
FOR INSPIRATIONAL STORIES AND FREE MOVIES  LIKE US ON FACEBOOK NOW http://www.facebook.com/catholicnewsworld