Remember the Orphan who sat in Pope Francis ' Chair? He's inspired a Movie! 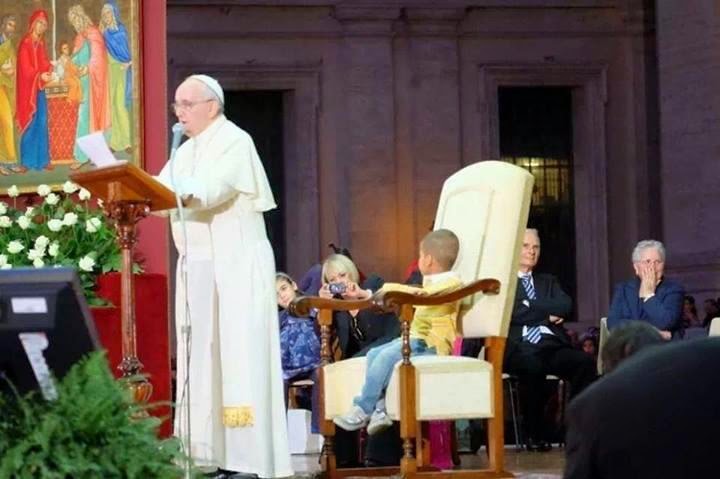 Rome Reports Release: A short film on adoption This image made headlines all around the world. The little Colombian boy Didier Ferruccio avoided the security at St. Peter's Square, gave Pope Francis a hug and even sat on his chair. Now, the story of this boy makes its way to the silver screen. Italian actress Cristiana Capotondi mixes fiction and reality in 'The Pope's Chair,' a short film that tells the story of Didier and his brother, two adopted children.
FOR INSPIRATIONAL STORIES AND FREE MOVIES  LIKE US ON FACEBOOK NOW http://www.facebook.com/catholicnewsworld   CRISTIANA CAPOTONDI Actress and Director of 'The Pope's Chair' "We wanted to tell the highlights of Pope Francis' first year as Pontiff. Clearly, I was shocked when I saw the images of the kid who ran and sat on the chair of the Pope, always staying close to him. I think that in a way, the little boy represented us all, as if we all wanted the Pope to welcome us that way.” The film also wants to call attention on a tough reality: more than 168 million kids in the world don't have a family or are abandoned, just like little Didier before being adopted. CRISTIANA CAPOTONDI Actress and Director of 'The Pope's Chair' "We could say that I use his image to say to abandoned boys and girls living in orphanages, and also to parents who are thinking of adopting but are scared, that it is possible. It is possible to adopt children and have a happy family, no matter how difficult the process may be. Adopting in Italy, for example, is really hard. But it's possible.” After her first work as director, this Italian actress assures that the experience was great and hopes 'The Pope's Chair' really helps families thinking of adopting to take that step.
Shared From Rome Reports