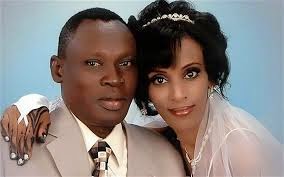 But lawyers for 27-year-old Ms Ibrahim expressed scepticism that she would be freed so quickly.
“It’s a statement to silence the international media,” said Elshareef Ali Mohammed. “This is what the government does. We will not believe that she is being freed until she walks out of the prison."
BBC Report: Sudan death penalty reignites Islam apostasy debate UK leaders condemn death sentence. Sudan woman faces death for apostasy. Sudanese authorities are to free a woman who was sentenced to death for having abandoned the Islamic faith, a foreign ministry official says. Meriam Ibrahim, who gave birth to a daughter in custody, will be freed in a few days, the official told the BBC. Abdullahi Alzareg, an under-secretary at the foreign ministry, said Sudan guaranteed religious freedom and was committed to protecting the woman.
(Meriam in Prison Holding New Baby Maya born while Shackled : Source: DailyMail.uk 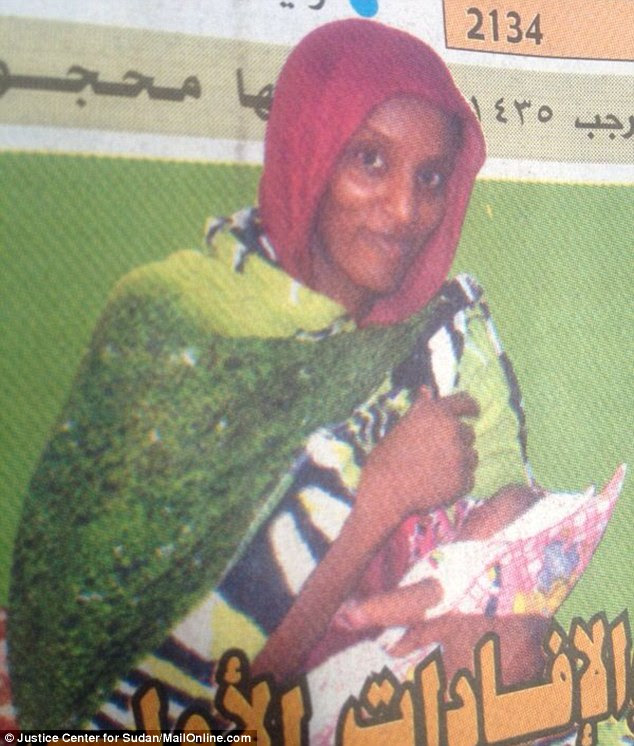 Read more: http://www.dailymail.co.uk/news/article-2644796/Sudanese-woman-facing-barbaric-death-sentence-marrying-Christian-FREED-U-turn-authorities.html#ixzz33KDTJ9Kg
Khartoum has been facing international condemnation over the death sentence. In an interview with The Times newspaper, British Prime Minister David Cameron described the ruling as "barbaric" and out of step with today's world. The UK Foreign Office this week said that it would push for Ms Ibrahim to be released on humanitarian grounds. Apostasy debate Ms Ibrahim, 27, was brought up as an Orthodox Christian, but a Sudanese judge ruled earlier this month that she should be regarded as Muslim because that had been her father's faith. She refused to renounce her Christianity and was sentenced to death by hanging for apostasy. On Wednesday, she gave birth to a daughter in her prison cell - the second child from her marriage in 2011 to Daniel Wani, a US citizen. The court said Ms Ibrahim would be allowed to nurse her baby for two years before the sentence was carried out. The court had earlier annulled her Christian marriage and sentenced her to 100 lashes for adultery because the union was not considered valid under Islamic law. Sudan has a majority Muslim population and Islamic law has been in force there since the 1980s. The ruling has revived a debate over apostasy, with liberal and conservative scholars giving different opinions over whether - and how - the act of abandoning the Islamic faith should be punished. Shared From BBC News

KEEP PRAYING THAT MERIAM IS RELEASED!
Posted by Jesus Caritas Est at 3:34 PM