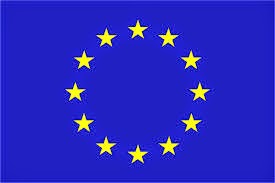 Returns from the 28-nation European Parliament elections.  The winners in France, the anti-EU, far-right National Front party led by Marine Le Pen got one in four votes. UK Independence Party (UKIP) was the highest in the poll in European elections in Britain. Nigel Farage’s UK Independence Party (UKIP) had 27.5% of the vote, the main opposition Labour Party 25%, the Conservatives 24%.  Voters in Greece, handed first place and six seats to the anti-establishment Syriza. In Poland, politician Janusz Korwin-Mikke was elected to the parliament. In Spain, Podemos, a new movement won five seats.  Germany Angela Merkel’s conservatives were the strongest force in Germany winning with 36% of the vote, but that was down from 42% in last year’s national election. The anti-euro Alternative for Germany party — won about 7% of the vote.

A large majority of the citizens who participated in the European elections voted for pro-European candidates. In the years to come this will allow the European Parliament to continue its work for the common good of all Europeans with dedicated and competent women and men. Full Article
http://comece.org/site/en/press/pressreleases/newsletter.content/1763.html