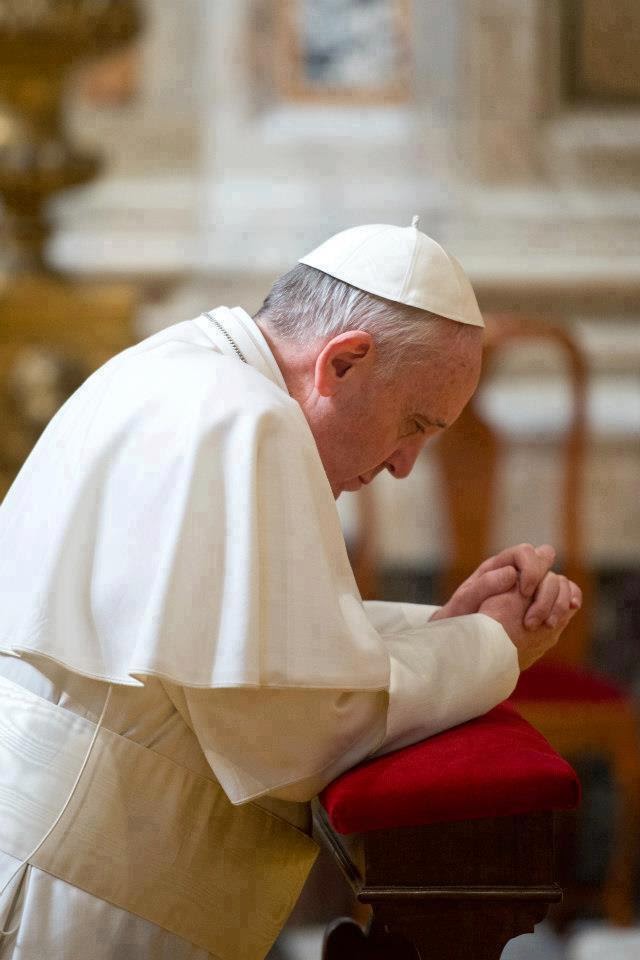 Radio Vaticana: At the end of his weekly General Audience yesterday, Pope Francis announced that he was about to leave for the Holy Land, and appealed for prayers. The Holy Father said the first reason for his visit was "to meet my brother, Bartholomew," the Orthodox patriarch of Constantinople, to mark the 50th anniversary of the meeting between Pope Paul VI and Patriarch Athenagoras of Constantinople. The meeting launched a new era of ecumenical cooperation and dialogue. "Peter and Andrew will meet once again, and this is very beautiful," he said. Pope Francis is considered the successor of the apostle Peter and Patriarch Bartholomew the successor of his brother, the apostle Andrew. The Pope said the second reason for his trip is "to pray for peace in that land that suffers so much." Pope Francis is due to leave the Vatican this Saturday, 24, May and fly to Amman, Jordan, for a full day of meetings, a public Mass and an encounter with refugees and people with disabilities.
The next morning he will travel to Bethlehem for a meeting with Palestinian leaders, a Mass and a meeting at a Palestinian refugee camp. The evening of 25 May, he plans to go to Jerusalem to meet Patriarch Bartholomew. On the last day of the trip, 26 May, the Pope will meet with Muslim, Jewish and Israeli authorities in Jerusalem, pray at the Western Wall and visit the Yad Vashem Holocaust memorial, then meet again with Patriarch Bartholomew and with Catholic groups. Source: Vatican Radio/VIS
HEALTH CONCERNS FOR TRIP TO HOLY LAND
Pope Francis begins a trip to the Holy Land on Saturday with a schedule that could be challenging even for a healthy person.The 77-year-old Pope has been on a busy schedule of activity. As young boy in Argentina, the Pope suffered an infection when surgeons to remove most of one lung. Recently the Pope has canceled a number of papal appointments, due to health reasons. The reason given was to "lighten the commitments" of the Pope ahead of his Holy Land visit, but further cancellations followed that weekend due to a cold.  The Vatican said the Holy Father had "expressed fatigue" after a general audience in St. Peter's Square. Others in the Vatican have said they notice he has difficulty breathing, and during the 14 months of his papacy has gained a significant amount of weight, perhaps as much as 20 pounds.