Pope Francis “Giving primacy to God means having the courage to say no to evil..." Video/Text 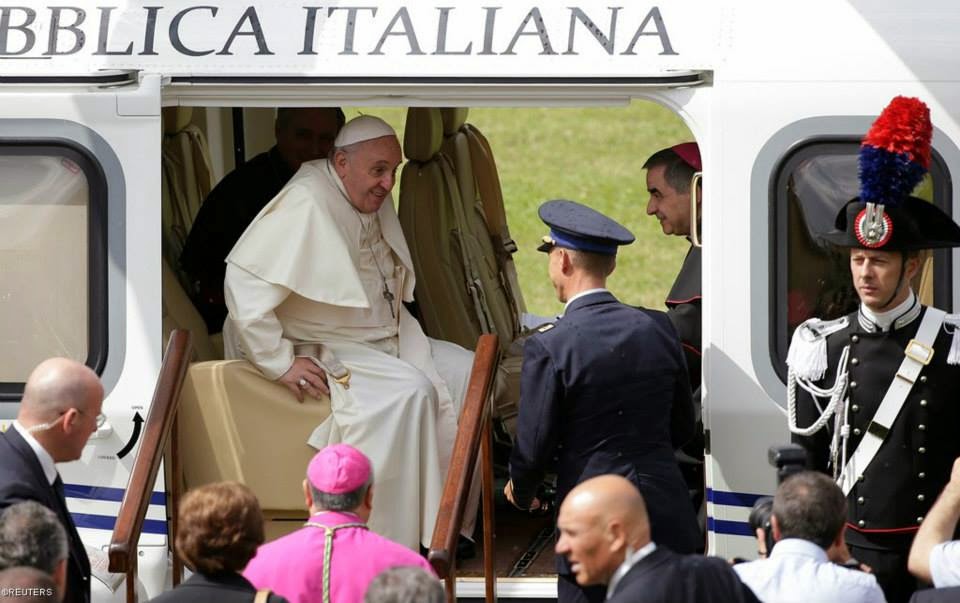 (Vatican Radio) Pope Francis on Saturday evening called the people of Caserta to have the courage “to say no to corruption and lawlessness” during an afternoon visit to the city, located in the Campania region of southern Italy.


He celebrated Mass the Square in front of the Royal Palace of Caserta, which used to a residence of the King of Naples.
In his homily, Pope Francis said to inherit the Kingdom of God, Christians must put God first in their lives.
He said the presence of Jesus  "transforms our lives and makes us sensitive to the needs of  our brothers; a presence that invites us to accept every other presence, including that of foreigners and immigrants.”
“Giving primacy to God means having the courage to say no to evil, violence, oppression; to live a life of service to others and in favor of lawfulness and the common good,” said Pope Francis.
The Holy Father said when someone finds God – “the true treasure” – he leaves behind selfishness and seeks to share the love of God with others.
“He who becomes a friend of God, loves his brothers, is committed to safeguarding their lives and well-being, and also respects the environment and nature,” said Pope Francis, noting this was particularly important in the beautiful area of Campania, which he said needs to be “protected and preserved”.
The Pope said this requires everyone to be “servants of the truth” and live a life inspired by the Gospel, which “is manifested in the gift of self and with attention to the poor and excluded.”