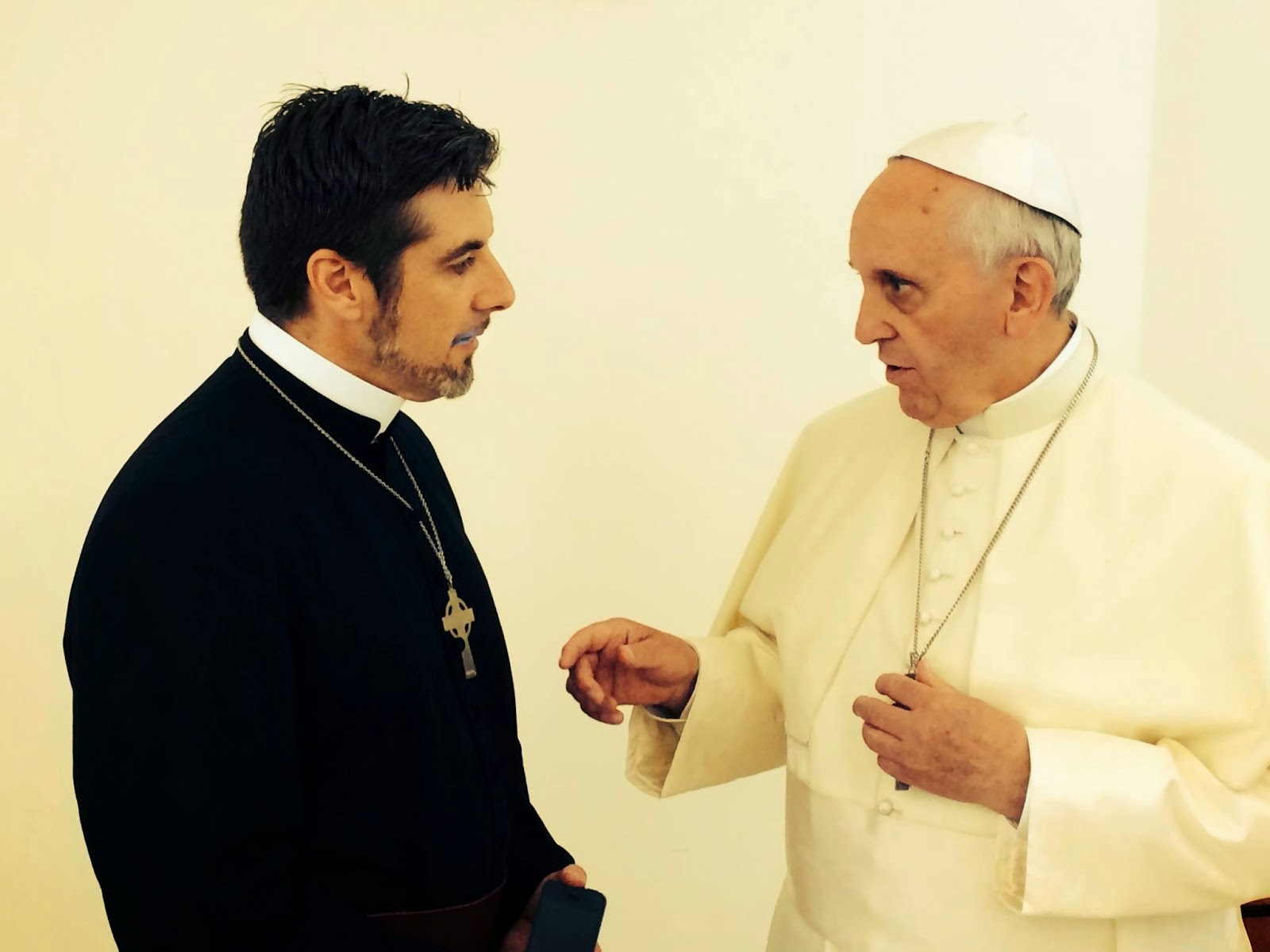 Evangelical Bishop Tony Palmer, friend of Pope Francis, has died in a motorcycle accident on Sunday July 20,  2014. Palmer was born in Britain but lived in South Africa when he was younger. He died in hospital after surgery due to his motorcycle accident in the UK. He lived with his wife Emiliana and two children in Trowbridge, Wiltshire. Palmer was a bishop with the Communion of Evangelical Episcopal Churches. In January Pope Francis sent a video message with Bishop Palmer to a charismatic conference hosted by television evangelist Kenneth Copeland. Bishop Palmer visited the Pope at the Vatican before the conference.
FOR  BREAKING NEWS, INSPIRATIONAL STORIES AND FREE MOVIESLIKE http://facebook.com/catholicnewsworld
Palmer used his iPhone to record a message from the Pope to the Pentecostal conference. In that video, Pope Francis says to the Pentecostals, 'Let's give each other a spiritual hug.'  Introducing the video Palmer said, "Brothers and sisters, Luther's protest is over. Is yours?" He belonged to the Convergent Movement - which is linked to Anglicanism - the CEEC used the 1978 Episcopal liturgy.
Posted by Jesus Caritas Est at 6:07 PM