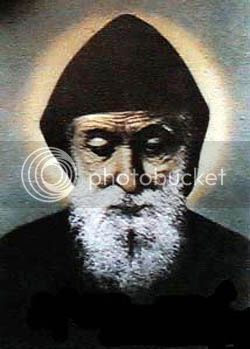 365 Rosaries Blog Share: Today, July 24, we celebrate the feast day of Saint Charbel Makhlouf (also known as Sharbel, 1828-1898), “Hermit of Lebanon,” Maronite Catholic monk, and “Wonderworker of the East.” Pope Paul VI said of him, “a hermit of the Lebanese mountain is inscribed in the number of the blessed, a new eminent member of monastic sanctity is enriching, by his example and his intercession, the entire Christian people. May he make us understand, in a world largely fascinated by wealth and comfort, the paramount value of poverty, penance and asceticism, to liberate the soul in its ascent to God..."  For a sample of a Maronite Chant, from the monastery of Annaya, click here: Charbel, mouwatinoul’alamain (Miled Tarabay) 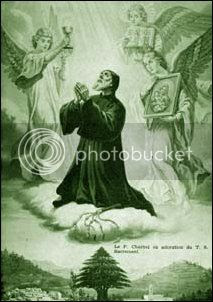 Youssef Makhlouf was born in 1828 in Bika’Kafra, the highest village of Lebanon, near the grove of the still-conserved famous cedars of Lebanon.
He was the youngest of five children born to a pious mother, who lived the life of a religious within their home. Youssef worked as a shepherd in the fields for most of his childhood, especially following the death of his equally pious father. Following his father’s death, the family was supported by a kind and generous uncle. Youseff was profoundly affected by the example of his two other maternal uncles, who were both monks of the Maronite Lebanese Order. These monks lived in a hermitage approximately three miles away, and young Youssef would often visit them—first with his mother, and late on his own. They would tell him repeatedly: “All here below is nothing, the world is vanity, life is short. The true beauty is God, near Him there is true happiness. Wisdom is to not find oneself with empty hands at the supreme hour.”
Novena to St. Charbel http://jceworld.blogspot.ca/2014/07/novena-to-st-charbel-miracle-prayer-to.html
Free Movie Drama on St. Charbel http://jceworld.blogspot.ca/2014/07/free-catholic-movie-st-charbel.html

Youssef grew in maturity and piety. He spent hours each day praying and reading Holy Scriptures and Christian literature. His favorite book was Thomas a Kempis's “The Imitation of Christ,” which he began in earnest attempting to follow. Youssef served Mass every morning, and in that function, on the alter, he discovered the true purpose of his existence: to be, like his Savior, a victim to be offered, with Christ, to His Father. 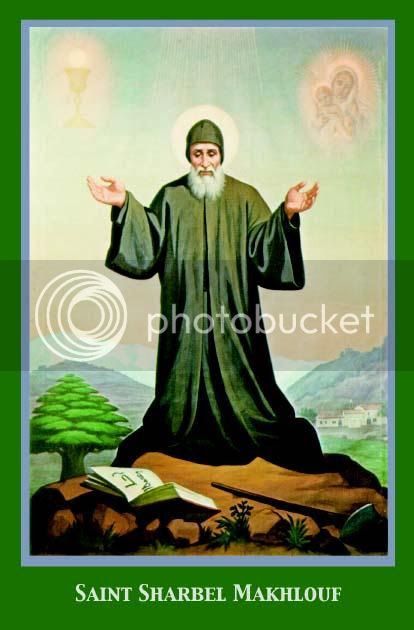 At the age of 23, Youssef left home one morning without warning, and walked to the monastery of the Maronite Order. There, he entered the order, with the support of his mother, and received the habit only one week later. He chose the name of Saint Charbel, a martyr of the church of Antioch. At the monastery of Annaya, Charbel served his community for two years, as a novice. He was then sent to prepare for ordination to the priesthood at Saint Cyprian of Kfifan. Six years later, at the age of 31, he was ordained. For sixteen years her served the members of his congregation and community, a model of Christian humility, obedience, patience, and love. He dedicated himself totally to Christ to live, work and pray in silence 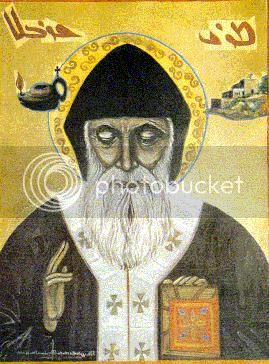 At forty-seven, he returned to the hermitage near Annaya, where he would remain until his death. There, he lived a life of contemplation, penance, and mortification. During the extreme cold of the winters, he refused to put on additional clothes, shivering through his prayers in simple robes. Following his death, the monks who trembled with cold during the night when they kept vigil at his coffin before his funeral, said: “See how we find ourselves unable to endure for a single night, the rude cold of this chapel! How could this priest live here for twenty-three years, on his knees, like a statue before the altar, every night from midnight until eleven in the morning, when he rose to say his Mass? Blessed is he, for he undoubtedly receives at present his reward with God!”Saint Charbel also gained a reputation for holiness, and despite his wish to live in isolation, was much sought for counsel and blessing. He had a great personal devotion to the Blessed Sacrament, and was known to levitate during his prayers. He reportedly never raised his eyes from the ground, his face shrouded by his cloak, unless his gaze was fixed on the tabernacle during the Eucharist. 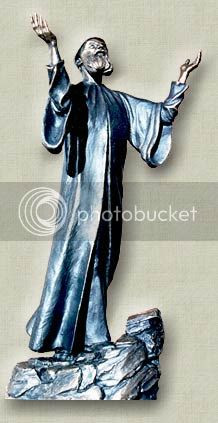 The week before Christmas, while Saint Charbel was offering Mass, paralysis struck him suddenly as he elevated the Eucharist during the consecration. For one week, he suffered in agony, repeating the prayer he was unable to complete during the Mass: “O Father of truth, behold Your Son, victim to please You; condescend to approve [this offering], because for me He endured death, to give me life...” 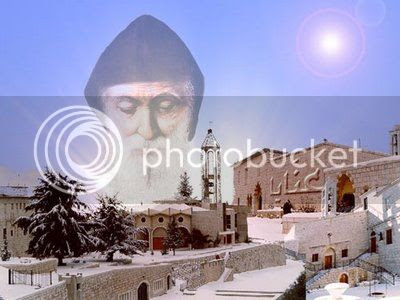 On the evening of his funeral, his superior wrote: “Because of what he will do after his death, I need not talk about his behavior.” A few months later, a bright light was seen surrounding his tomb. The superiors ordered the tomb to be opened, and they found his body perfectly preserved, incorrupt (as it remains today). Scientific experts and doctors have been unable to explain this phenomenon. Since his death, thousands of miracles have been attributed to his intercession, giving him the title “Wonderworker of the East.” Sick and infirm people of every religion and nationality have been healed: deaf, dumb, blind, paralytic, those with cancer, mental illness, and many others. God worked these wonders either when people touched the body of the holy saint, were anointed with the oily liquid that sweats miraculously from his precious remains, or when they touched cloth soaked with this liquid or which had belonged to him.

At the closing of the Second Vatican Council, in 1965, Charbel was beatified by Pope Paul VI who said:"Great is the gladness in heaven and earth today for the beatification of Sharbel Makhlouf, monk and hermit of the Lebanese Maronite Order. Great is the joy of the East and West for this son of Lebanon, admirable flower of sanctity blooming on the stem of the ancient monastic traditions of the East, and venerated today by the Church of Rome.”

Bishop Zayek wrote: “Saint Charbel is called the second Saint Anthony of the Desert, the Perfume of Lebanon…Charbel is like a Cedar of Lebanon standing in eternal prayer, on top of a mountain.” Saint Charbel lived a life of silence, mortification, deprivation and total gift of self, concentrating fully and completely on Christ. We might take a lesson from his simple acts of sacrifice and service, looking to our Savior with the same love, devotion, obedience, and longing exhibited by Saint Charbel. 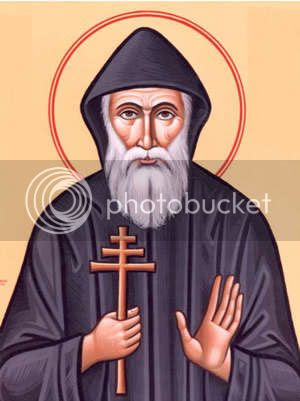 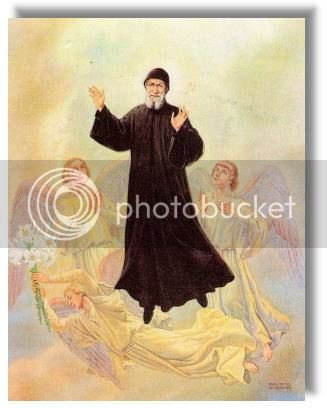 Fierce lover of the lowly life,True father of the poor,As you have done, so help us allTo struggle and endure,That Christ be praised in ev'ry life,That riches not ensnareOr rule us in our daily walk;That strong may be our prayer!
O Father, Son, and Spirit blest,One God in persons three,Receive this hymn we offer now,And keep your Church e'er freeTo follow, as Saint Sharbel did,Enflamed with love so brightThat we, with eyes fixed firm on Christ,May vanquish sin's dark night. 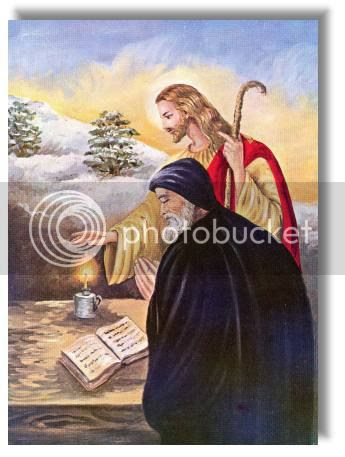 SHARED from 365 Rosaries Blog
Posted by Jesus Caritas Est at 1:06 AM