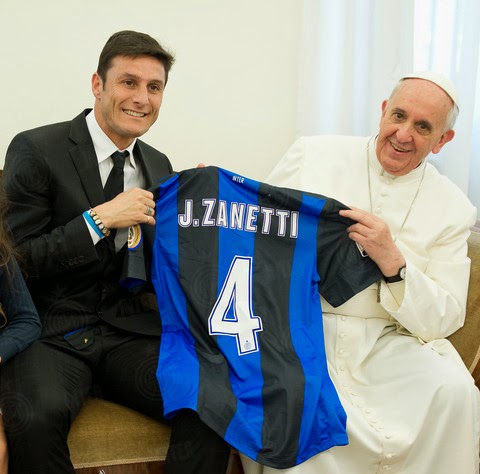 Pope Francis has asked Javier Zanetti to organize an event bring interreligious faiths together for peace. His Holiness asked Zanetti (pictured) former Argentinian captain, who is also vice-president of the Inter Milan football club, to organize an interreligious football (soccer) game in Rome this September 1st. The game will bring together former and current star players such as Messi, Gianluigi Buffon, French Zinedine Zidane, and even Jose Mourinho. They will trade wear a peace-colored football jersey. Players will represent a broad range of religious affiliations. This is the first ever event of this kind initiated by a pope.