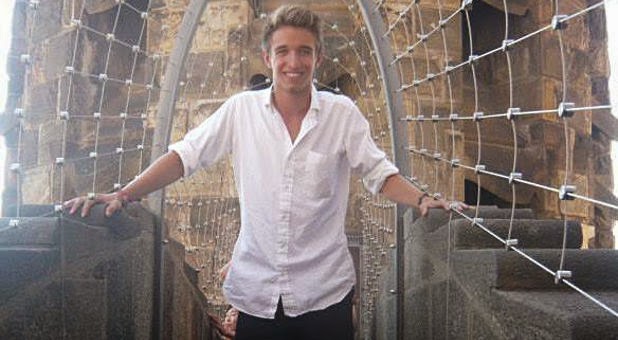 Guardian/Wellington:
Sex shouldn't be a casual, speedy affair. It is for someone you love and want to spend the rest of your life with Phin Lyman tells Joanna Moorhead why he wanted to encourage younger people not to rush into sex  'A lot of people come into school on a Monday and lie about what they did at the weekend purely to fit in.'
Anticipation is great. To be honest, I wonder what's the problem with waiting, why we think everything has to be so fast. Fast food, fast tan, fast sex. I'm pretty sure that most people who know me know I'm a virgin. I suppose it's a label that's stuck to me for the past few years and it really hasn't bothered me that much.
However, the fact that I've actively chosen to stay a virgin so far is what perplexes and sometimes even bothers some people. Now, at this point, I'm guessing, some guys are cringing at the thought of not having had sex by the age of 18 and yes, I'll admit, it can be pretty tough. There have been times when I have doubted my decisions, when I wish I did go upstairs with that girl at a party but why have I not? Well, the simple answer is that I want to have sex with only one woman in my life. One who I love and want to spend the rest of my life with. I have to admit, I'm a bit of an old-school romantic and part of this probably stems from my Christian beliefs, but nevertheless it is a firmly personal choice to save myself for one person and, without Bible bashing, I'd like to explain why.
I believe that sex is an incredibly strong symbol of love between two people. Think of it as a glue. Once you have had sex with someone, you're connected to them emotionally and physically. If you tear that bond the rip leaves open scars where the glue once was. That's why "casual sex" never works in the long term, it just doesn't. You only have to watch Friends with Benefits to see this (granted, it's a class film). I believe it is best to only enter a sexual relationship with someone who, really, you would be happy marrying and, contrary to what many of my mates believe, you can have a relationship without sex, and a very good one at that. This leads me on to a common misconception about serious relationships and sex. When talking to a friend of mine recently, he remarked "but would you buy a car without test driving it?" My first reaction was to laugh but then I was suddenly taken aback by the pure bluntness of his attitude to sex. Basically what he was saying that the only thing relationships are good for is for sex. A car's function is to drive, therefore a relationship is there for only for sexual pleasure. This car analogy, however, has huge pitfalls. I mean, if I was to carry on with this car analogy, I'd much rather my partner were a shiny new Ferrari than a fourth hand, slightly worn out Volvo … You get the picture. Things are changing across the country with regards to sexual activity within our age bracket. While researching for this, I was expecting to find shocking statistics on the rise of sexual activity among young Britons but what I found surprised me. More and more young people are actually abstaining, with no less than 27% of 15-24 year old men never having any form of sexual contact whatsoever in 2011. This is up from 2002 where only 22% had never had sexual contact with another person. I guess I'm not the only crazy guy around after all. So, to all those reading this who have not yet had sex and feel pressurised to do so because "everyone else is", they're not. I promise. For the majority of the time, people lie about how far they've been that weekend or with their boyfriend/girlfriend. So the "incredible" sex life that your friends boast about probably doesn't exist. Life isn't always about being first: just take your time. • The Value of Virginity by Phin Lyman was originally published in his school magazine, The Wellingtonian
Shared from Guardian
For Breaking News, Prayers,  Inspirational Stories, and Free Catholic Movies LIKE http://fb.com/catholicnewsworld