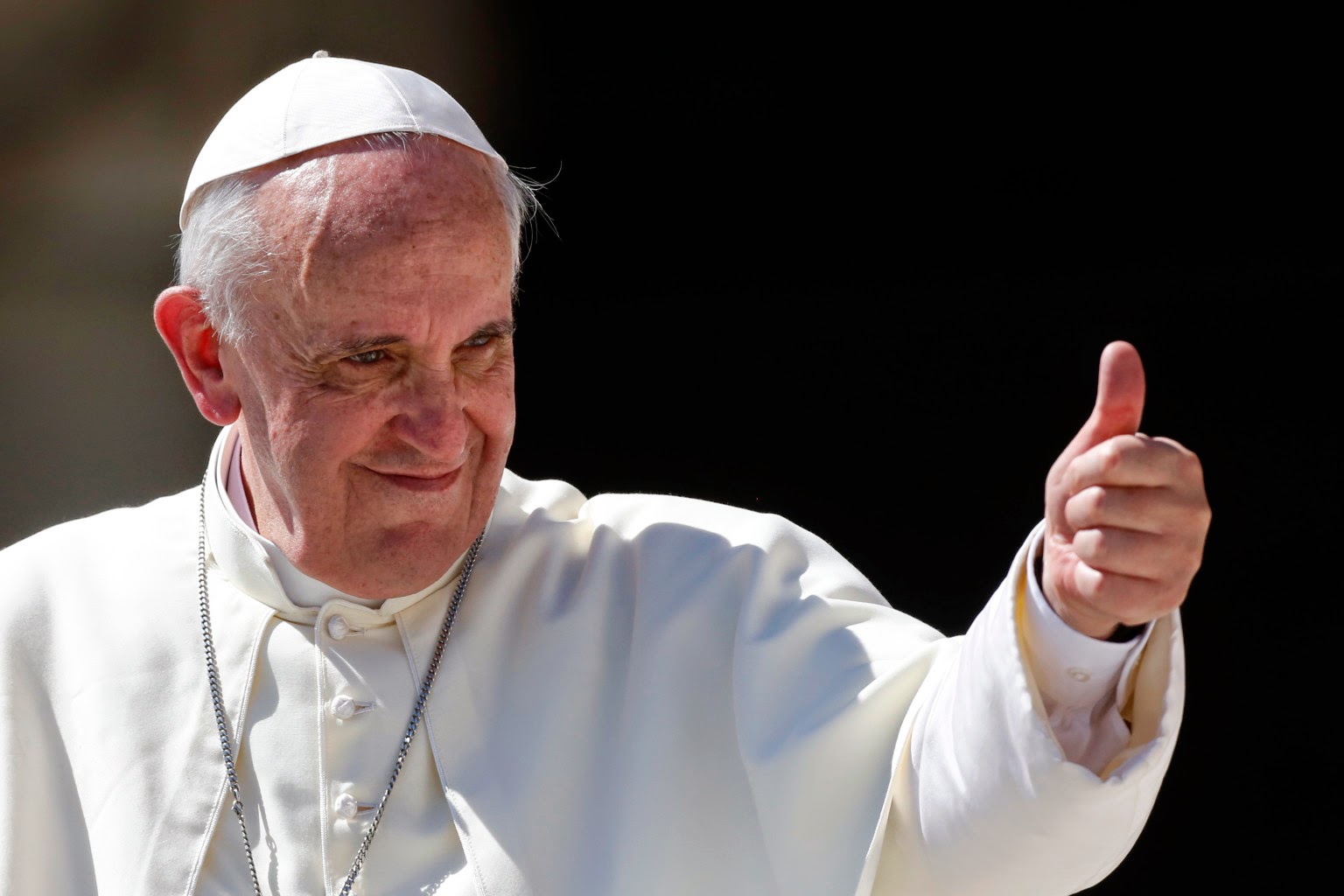 Here are the 10 Tips given by Pope Francis - See below for Article
1. "Live and let live."
2. "Be giving of yourself to others."
3. "Proceed calmly" in life.
4. Have "a healthy sense of leisure."
5. "Sunday is for family."
6. Be "creative" with young people and find innovative ways to create dignified jobs.
7. Respect and take care of nature.
8. Stop being negative. "Letting go of negative things quickly is healthy," he said.
9. "The worst thing of all is religious proselytism, which paralyzes."
10. Work for peace. "We are living in a time of many wars," he said. "The call for peace must be shouted."
(Vatican Radio) To mark the first 500 days of the pontificate of Pope Francis, the Argentinian weekly “Viva” (a supplement of the newspaper El Clarín) on Sunday published the first excerpts of an interview with Pope Francis conducted earlier this month.
http://www.clarin.com/sociedad/palabras-Francisco-Papa-explica-feliz_0_1183081978.html

Pope Francis reflected on many things - including his memories of his youth, social issues such as immigration, and even the secret of happiness. “The Romans have a saying, which can be taken as a point of reference, they say: ‘Campa e lascia campà’ …live and let live,” said Pope Francis. “That’s the first step to peace and happiness.” He mentioned the Argentine novel "Don Segundo Sombra," written by Ricardo Güiraldes. "In 'Don Segundo Sombra' there is a very beautiful thing, a man who looks back on his life. He says that in youth he was a rocky stream that carried everything ahead; As an adult, he was a running river, and that in old age, he felt movement, but it was ‘”remansado” [dammed; ie slowed, quiet]. I would use this image of the poet and novelist Ricardo Güiraldes, the last adjective “remansado”.
The ability to move with kindness and humility, calmness of life," said the Pope. He also mentioned the importance of leisure: reading, art, playing with children. Pope Francis said when he was in Buenos Aires, he would often ask young mothers how often they play with their children. “It was an unexpected question,” he said. “It is hard. The parents go to work and come back when the children are asleep.” Pope Francis also said Sundays should be shared with the family, noting that when he visited Campobasso, the workers did not want to work on Sundays. Speaking about young people, the Holy Father said ways needed to be found to help them find work, noting lack of opportunities can lead to people falling into drug use, or even lead to suicide. “I read the other day, but I do not telegraph it as a scientific fact, that there were 75 million young people under the age of 25 unemployed,” he said. The Pope suggested the youth could be taught skilled work, which would allow them the “dignity of bringing home the bacon.” He also spoke to the newspaper about the international situation, including the increasing number of conflicts and wars across the globe. “War destroys,” said Pope Francis. “And we must shout out for peace. Peace sometimes gives the idea of quietness, but it is not quiet, it is always an active peace.”
The Holy Father also spoke about those fleeing the horrors of war and other calamities, and how many countries are not generous in helping refugees. He said Europe fears speaking about immigration, but he praised Sweden for its policies, noting that despite their small population, they have allowed in hundreds of thousands of immigrants. The Pope also spoke about environmental issues, and how mankind continues to waste the bounty given by God. "When, for example, you want to make use of a mining method that extracts more than other methods, but it contaminates the water, it doesn’t matter,” he said. “And so they go on contaminating nature.
I think it's a question that we do not face: humanity, in the indiscriminate use and tyranny over nature, is it committing suicide?" In the interview, the Pope also reiterated the Church grows by attraction, not proselytizing. “The worst thing you can do is religious proselytizing, which paralyzes,” he said. When asked by the interviewer about the possibility of winning a Nobel Prize, Pope Francis said he had not considered it, but added the pursuit of awards and doctorates were not part of his agenda. (From archive of Vatican Radio)