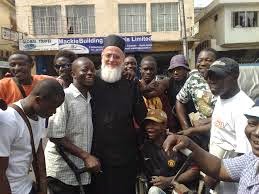 (Ed. from WGR) Former existential atheist and Australian rock star Themi Adams (Adamopoulos) today is a Greek Orthodox priest, spearheading the Orthodox Church’s apostolic mission in Ebola-hit Sierra Leone in Africa. Although Father Themi could flee the country to avoid a possible infection by the virus, like other NGO employees already did, the Greek-Australian decided to stay This might be the reason than Fr. Themi left his rock star lifestyle behind to find pleasure in helping the poorest of the poor.
For More Breaking News, Novena Prayers, and Free Movies LIKE
http://fb.com/catholicnewsworld
Themistocles Adamopoulos – as is his full name – was born in Alexandria, Egypt, but he was raised in Melbourne, Australia. The priest of Freetown, Sierra Leone, who started the “Paradise 4 Kids” community He shared a stage with the Rolling Stones in the 1960s. But then as he says below “Jesus” found him.
During the 60s, he became a founding member of a Rock n Roll band called ‘The Flies’, gaining intense popularity in Australia.
Teenage fans camped outside his Melbourne home and his sister Mary sold his personal belongings such as socks, toothbrushes and clippings of his hair to the adoring fans, thus taking advantage of her brother’s notoriety.
During these Rock n Roll years, father Themi had what he describes as a “mystical” experience, where he believes he saw Jesus. He started searching for God’s path which eventually brought him to the Orthodox Church. 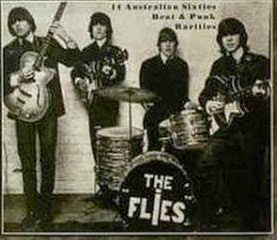 He completed his studies in the USA at Holy Cross, Harvard Divinity School, while he also holds a Master of Theology from Princeton Divinity School, and a PhD from Brown University.
Watch the video below to learn more about the misfortunes of Sierra Leone, even before the Ebola virus outbreak.

Father Themi, who, runs the Holy Orthodox Mission in Freetown, Sierra Leone which consists of a compound for the disabled, known as Waterloo, a primary school and a teacher’s college.

The mission provides housing for the disabled and their families, water wells for drinking, cleaning, and growing of fruits and vegetables. A medical clinic and a small school for the children of the disabled are also located on the Waterloo compound. 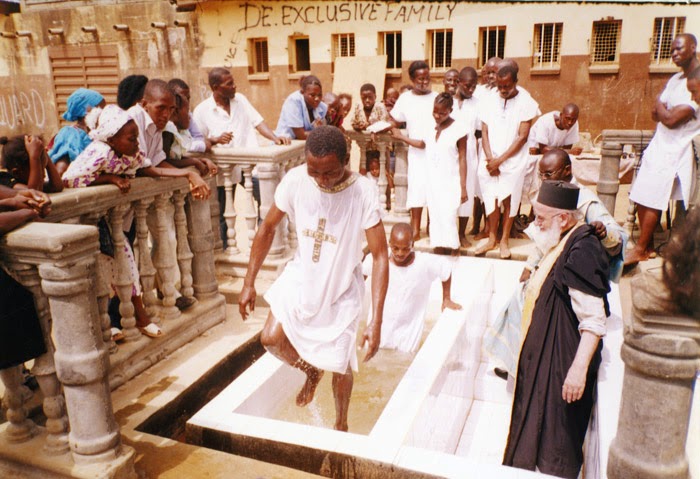 Since March, Father Themi, has been sounding the alarm about the Ebola threat but, unfortunately, his warnings and the alerts of others were not sufficiently heeded. Now, according to multiple international medical authorities, the Ebola outbreak is out of control. Watch Father Themi talk on the subject below:
Interviewed from his residence in Freetown on August 14th, Father Themi said, “This is the worst period of the crisis. I’m hoping that within a few weeks the epidemic will be lessened, but right now we are in the worst part of the storm. Nurses and doctors have run away from the hospitals. There are very few clinics you can go to now and seek any type of medical treatment unless you have a large amount of money.”
The Ebola crisis has the potential to reach North America and Europe. “While many of the international air carriers have stopped flying to West Africa, there are still flights from Sierra Leone to other African cities. The potential exists for people who have the disease and may not know it yet to fly to London or New York and then become symptomatic. When the symptoms are present, the disease is spread quite easily through routine human contact.”
Ebola is not transmitted by air, but rather through bodily fluids like blood and saliva. The virus is also not transmitted through water or food, but it can remain on objects, such as needles or even clothing, for an extended period of time after the infected person comes in contact with that object. There is no known cure for Ebola (other than experimental drugs) and no inoculation against the disease. The death rate for those infected with the Ebola virus can be as high as 90%.
Despite the pleas from many of his friends and supporters urging him to leave Sierra Leone and seek safety in Australia, Father Themi stayed on saying, “Our Lord Jesus has taught that the shepherd of the flock does not run away when danger or an enemy approaches but remains to protect the sheep. The hireling runs away. ‘But he that is a hireling and not the shepherd … seeing the wolf coming leaves the sheep and flees….the hireling flees because he cares not for the sheep. (St. John 10. 12-13).
Father Themi is always in need of resources to support his mission, but particularly so now. Funds are desperately needed by the Holy Orthodox Mission to purchase food and non-prescription medical supplies (gloves, face masks, chlorine disinfectants, etc.). Anyone wishing to assist Father Themi and the Holy Orthodox Mission in Sierra Leone can donate through Paradise4kids.com. Every dollar raised helps Father Themi take practical steps to protect people, particularly the less fortunate, from the Ebola threat in Sierra Leone. (Edited from WorldGreekReporter)