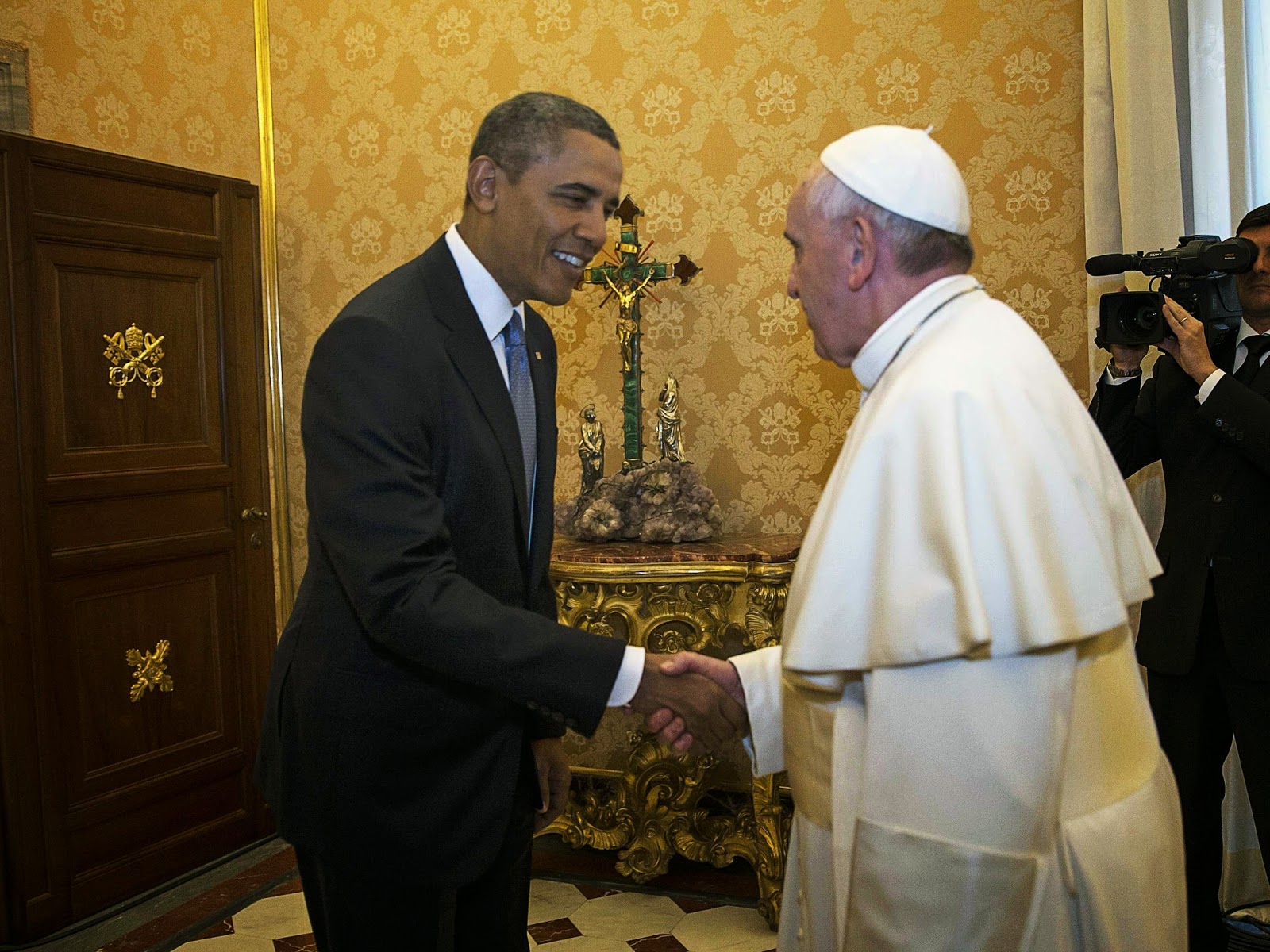 President Obama publicly thanked Pope Francis for his role helping improve relations between Cuba and the  U.S. Cuba has released US citizen Alan Gross from Cuban prison.  “Pope Francis personally issued an appeal in a letter that he sent to President Obama and to President Raul Castro calling on them to resolve the case of Alan Gross and the cases of the three Cubans who have been imprisoned here in the United States and also encouraging the United States and Cuba to pursue a closer relationship,” said an official. “The Vatican then hosted the US and Cuban delegations where we were able to review the commitments that we are making today.” About half the Cuban population is Catholic, according to Research.
(Vatican Radio) Pope Francis on Wednesday offered his congratulations to the governments of the United States and Cuba, as they announced the two countries will start talks on resuming diplomatic relations. A statement from the Vatican Secretariat of State said that in recent months the Pope had written to both Cuban President Raul Castro and U.S. President Barack Obama, inviting them to “resolve humanitarian questions of common interest”. The Holy See also met with delegations from both countries in the Vatican last October, providing what the statement calls “its good offices to facilitate a constructive dialogue”. The communiqué says the Holy See will continue to offer support for initiatives on the part of both countries to strengthen bilateral relations and promote the wellbeing of their respective citizens. Please find below the full communiqué from the Secretariat of State
The Holy Father wishes to express his warm congratulations for the historic decision taken by the Governments of the United States of America and Cuba to establish diplomatic relations, with the aim of overcoming, in the interest of the citizens of both countries, the difficulties which have marked their recent history. In recent months, Pope Francis wrote letters to the President of the Republic of Cuba, His Excellency Mr Raúl Castro, and the President of the United States, The Honorable Barack H. Obama, and invited them to resolve humanitarian questions of common interest, including the situation of certain prisoners, in order to initiate a new phase in relations between the two Parties The Holy See received Delegations of the two countries in the Vatican last October and provided its good offices to facilitate a constructive dialogue on delicate matters, resulting in solutions acceptable to both Parties. The Holy See will continue to assure its support for initiatives which both nations will undertake to strengthen their bilateral relations and promote the wellbeing of their respective citizens. From the Vatican, 17th December 2014