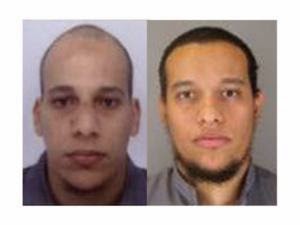 Cherif and Said Kouachi, the two brothers who perpetrated the massacre at the offices of Charlie Hebdo magazine, have been killed by security forces in France.
• The male hostage who was held by the Kouachi brothers in a printing business in Dammartin-en-Goele is safe.
GROCERY STORE HOSTAGE SITUATION
Friday in  Porte de Vincennes, Paris a grocery store with 6 hostages was taken by other terrorists.
• The hostage-taker there demanded freedom for the Kouachi brothers. Police killed Amedy Coulibaly and 4 hostages died in the siege of the building.
The hostage takers were one man and one woman. -- Amedy Coulibaly, 32,  and Hayat Boumeddiene, 26 -they killed a policewoman,Clarissa Jean-Philippe, Thursday in Montrouge, Paris.
Hayat is still on the loose as Security looks for her.
OTHER PERTINENT INFORMATION • Said Kouachi, one of the two brothers suspected of killing 12 people in and around the provocative satirical magazine Charlie Hebdo in Paris, spent several months in Yemen in 2011, receiving weapons training and working with al Qaeda in the Arabian Peninsula,   Morre than 80,000 officers were deployed across France to try to intercept the brothers and other terrorists. "France is living through a trial, when we see the worst massacre of this kind in the last 50 years," President Francois Hollande said Friday.
Names of Jewish hostages taken in Paris - Mordehai ben Sarah, Yosseph Sibony, Dominique bat Sarah, Yohan Cohen, Sarah bat Louna Noa bat Sarah, Sophie Malka bat Noël, Zari bat Suzanne, Esther bat Bnina, Nina Noemie bat Joëlle, Sandy Charabi bat Brigitte, Sandrine Esther bat Blanche - 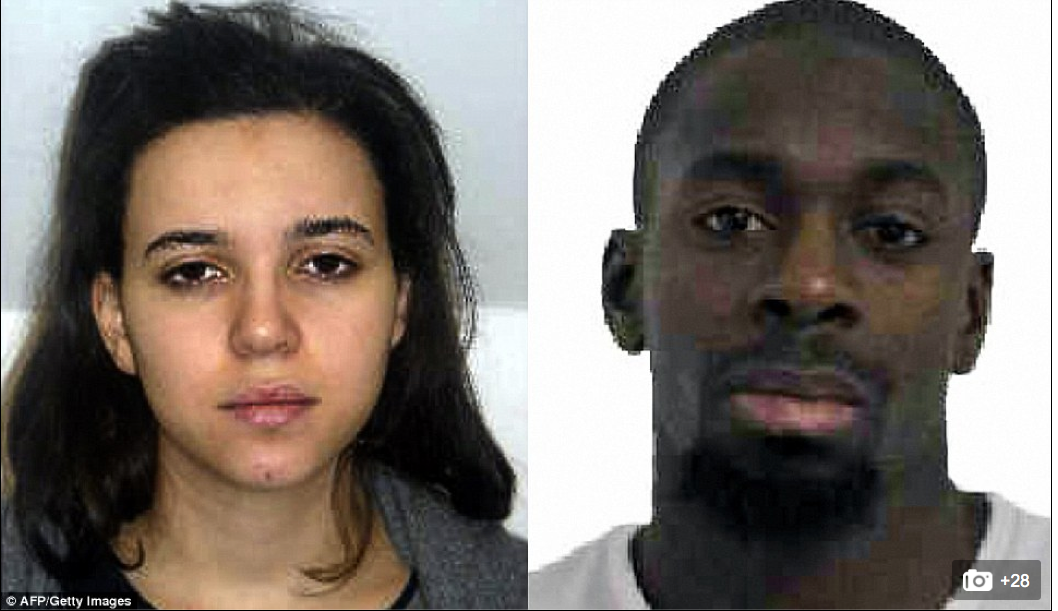