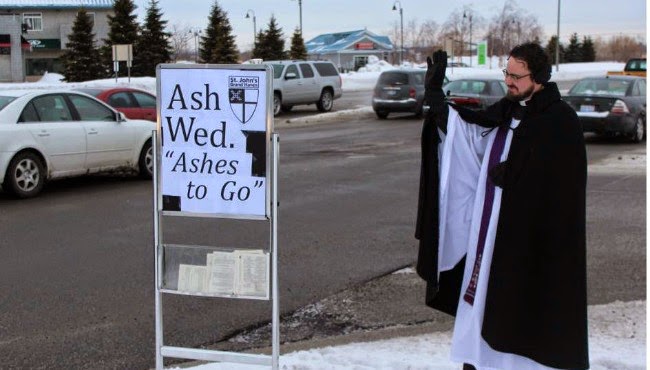 In West Michigan a priest offered ashes to go for Ash Wednesday. Father Cramer of St. John’s Episcopal was in the cold in Grand Haven offering drive-through ashes for those who could not attend Mass. Many other churches have adopted “Ashes to Go” a movement which began in 2007 in Missouri. The practice of quick ash distribution services is now in more than 30 states and in several countries.