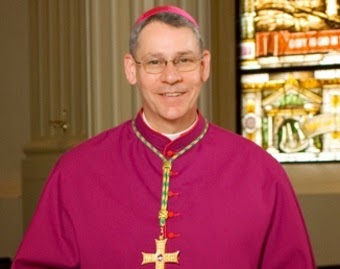 Pope Francis on Tuesday accepted the resignation of a U.S. bishop who pleaded guilty to failing to report a suspected child abuser.   Finn, who led the Diocese of Kansas City-St. Joseph in Missouri, waited six months before notifying police about the Rev. Shawn Ratigan. Ratigan was sentenced to 50 years in prison after pleading guilty to child pornography charges. Finn pleaded guilty to a misdemeanor charge of failure to report suspected abuse and was sentenced to two years' probation in 2012. Some parishioners petitioned Pope Francis to remove him from the diocese. Finn, who apologized for Ratigan's abuse and took measures to make the diocese safe for children. In a statement issued by the diocese, Finn said it had been an "honor and joy for me to serve here among so many good people of faith." He asked for prayers for the next bishop. Archbishop Joseph Naumman will lead the diocese temporarily until a new bishop is named. In a letter to the faithful, Nauman said he prayed "that the coming weeks and months will be a time of grace and healing for the diocese." (Edited from Kansascity.com)