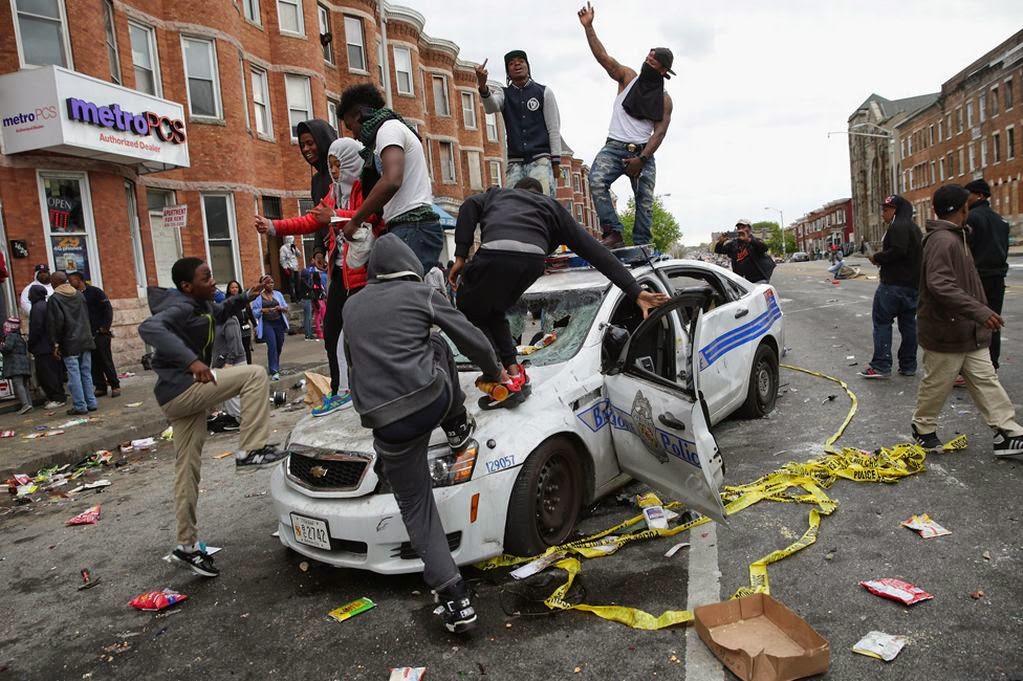 A State of Emergency has been declared in the US city of Baltimore. Thousands of troops and police officers have been sent to Baltimore, after violent protests linked to the death of a black man injured by police. A week-long curfew is in effect and schools and many businesses are closed. It started Monday, April 27, 2015 when hundreds of people set fires, looted stores and attacked police across the city. Volunteers and city workers are now cleaning up. African American Freddie Gray, 25, died on 19 April after police injuried his spinal cord and subsequent week in a coma.  Six police officers who were involved in the case are suspended.  Baltimore is a city of more than 620,000 people,  A fire was started at a Pharmacy store and various police vehicles were set on fire. Mayor, Ms Rawlings-Blake has ordered a week-long curfew from 22:00 to 05:00 GMT. National Guard commander said that up to 5,000 troops could be put on the streets.  Extra police officers are also being drafted. President Barack Obama said his administration would provide assistance.  15 officers were wounded by thrown objects including bricks and bottles. Two remain in hospital. Police made at least 27 arrests on Monday. Nationwide protests followed the killing of unarmed black teenager Michael Brown by a white police officer in Ferguson, Missouri, last year. The violence is an escalation of earlier protests.