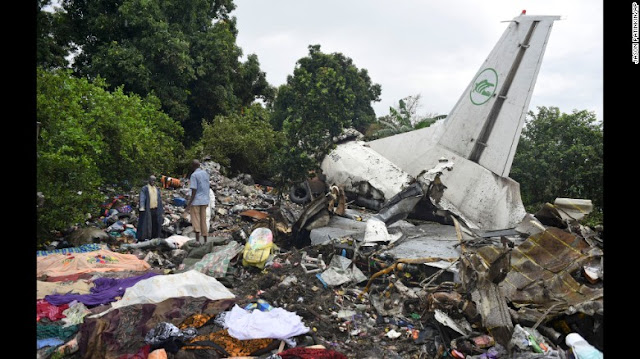 A plane has crashed shortly after taking off from an airport in South Sudan;  killing more than 40 people. Three passengers reportedly survived including a baby.  The crash took place near the airport in Juba, the capital, on Wednesday. The aircraft was a cargo plane with five Russian crew and seven passengers, There were also reports of casualties on the ground. Eighteen people were aboard the flight: 12 South Sudanese passengers and six crew members -- five Armenians and one Russian. Three people survived: two South Sudanese passengers and an infant boy less than a year old,   The cause of the crash might have been engine failure but this is not confirmed. The plane crashed near the White Nile River at 9 a.m. The plane was bound for the South Sudanese town of Paloich, in an area of oil fields in the north of the country.