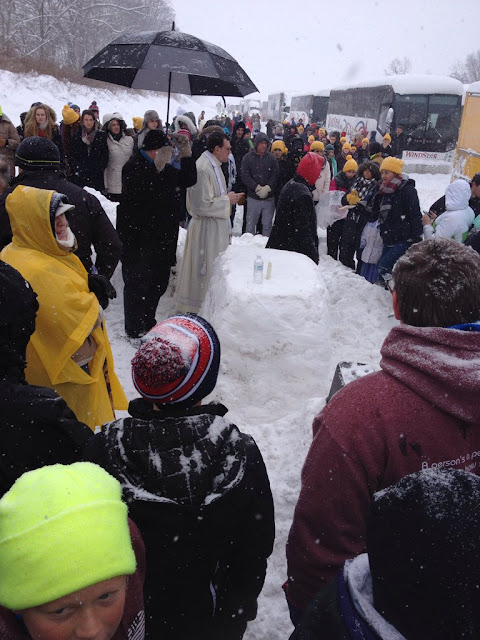 Several Universities’ March For Life Groups Build Snow Altars, to Celebrate Mass On The PA Turnpike due to Snowstorm. Many young Pro-Lifers coming from the March for Life in Washington, DC have made snow altars. At the Pennsylvania Turnpike buses have been stuck for hours. More than 150 people from the Diocese of Green Bay, were stranded with up to three feet. “We have been taking in strangers, people whose cars ran out of fuel,” she said. “It’s definitely been like a God moment for us.”

Maureen said…
This will be a moment in time, remembered forever by everyone here...God bless them!!