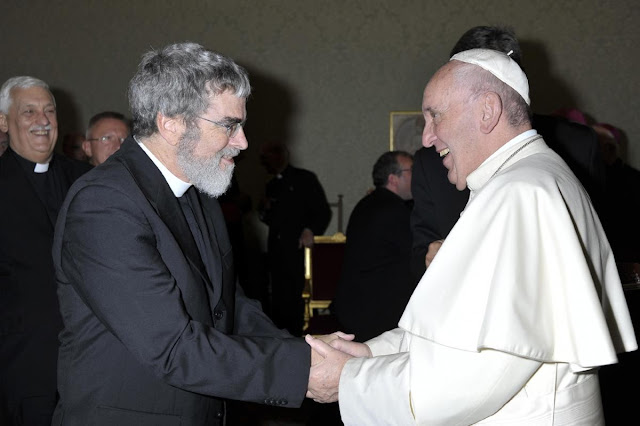 Star Wars, Star Trek and other Science fiction productions are increasingly popular. But is there any link to Faith and the Galaxy? Jesuit Brother and Doctor Guy Consolmagno spends his time researching the mystery of both science and faith. Br. Guy would definitely say YES! He encourages people to "Be not Afraid" when contemplating the Stars and likens astronomy to Divine Worship. The director of the Vatican Observatory was born in Detroit; Michigan. He said, “The idea of entering into the mystery and dwelling within it is what Christianity is, but it presents a hard thing to sell to people who are looking for the hard and simple answer.   "The writers of Genesis were going by the best observations of the time.  Scientific changes in cosmology have changed greatly over the millennia, but these changes have not challenged the Christian belief in a supernatural God, who exists outside the universe and who gives it meaning, he said.  "We believe in a God outside of the universe who also so loved the universe that He became incarnate within the universe," he said.  "As a result, in a whole new way we recognize how the heavens proclaim the glory of God." Vatican astronomer: No surprise when we find life elsewhere “For 125 years, we have been doing the true science (at the Vatican Observatory), but I don’t think we have been doing that well in showing the world,” Consolmagno told CNS. “We need to be doing something that’s more systematic, especially in the Catholic world, which doesn’t know we’re not supposed to be evangelical creationists."