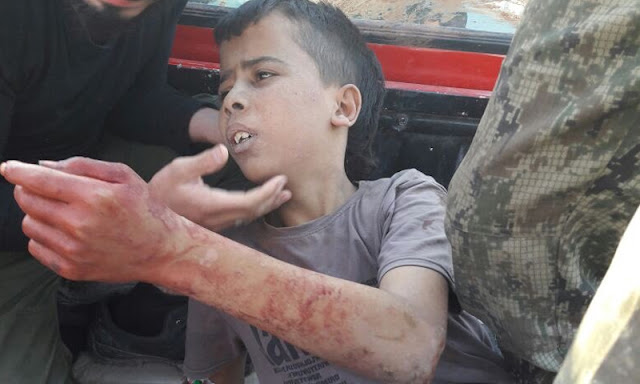 The Nour al-Din al-Zenki movement beheads 11-year old Abdallah Issa shouting "Allah Akbar". The child was executed for collaborating with government forces. Before he died he was tortured. The group’s leaders try to back away from the barbaric killing. The group is supported by Turkey, the US, Qatar and Saudi Arabia.