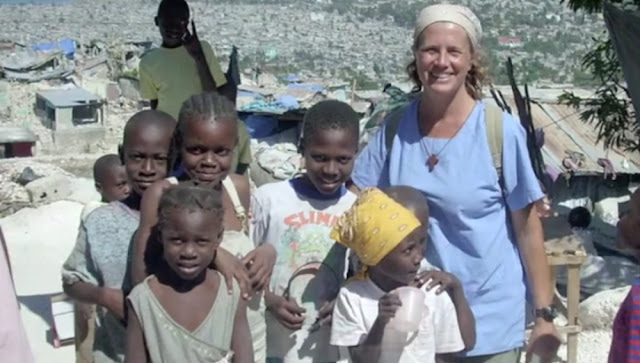 HLReport: Friday morning, a religious from Barcelona and member of the Catholic Congregation of Jesus Mary, sister Isabel Sola Macas (51), was fatally wounded by two bullets in the chest in his car, a Toyota Land Cruiser white, by two unidentified individuals who wanted to rob her while she was returning from a bank branch.
A passenger who accompanied the nun was also seriously wounded by two shots. Information confirmed by Garry Desrosiers, Deputy Spokesman of the National Police of Haiti (PNH) who has announced the opening of an investigation.
Sergio Francisco Cuesta, the Spanish Consul in Haiti confirmed with sadness the death of his compatriot who lived in Haiti for over 8 years "Unfortunately, these things happen: in the metropolitan area of Port-au-Prince, sometimes, life is complicated," de deplored.
S/ HaitiLibre
The full text of Pope Francis’ prepared remarks for the Angelus can be found below:

Dear brothers and sisters,
While we prepare to conclude this celebration, I want to greet and thank all of you who have taken part:
First of all, the Missionaries of Charity, who are the spiritual family of Mother Teresa. Your holy Foundress always watches over your journey and obtains for you the ability to be faithful to God, to the Church, and to the poor.
With grateful deference I greet all the high Authorities present, in particular those coming from countries joined most closely to the figure of the new Saint, as well as the official delegations and the numerous pilgrims who have come from so many countries on this happy occasion. May God bless your nations.
And with affection I greet all of you, dear volunteers and workers of mercy. I entrust you to the protection of Mother Teresa: May she teach you to contemplate and adore each day Jesus Crucified in order to recognize Him and serve Him in our brothers and sisters in need. Let us ask this grace also for all those who are united to us through the media in every part of the world.
In this moment I want to recall the many people who spend themselves in service to their brothers and sisters in difficult and risky situations. I think especially of the many religious women who give their lives without sparing. Let us pray in particular for the Spanish missionary sister, Sister Isabel, who was killed two days ago in the capital of Haiti, a country that has been sorely tried, and for which I hope for an end to such acts of violence and for greater security for all. Let us also remember other Sisters who have recently suffered violence in other countries.
Let us do this by turning in prayer to the Virgin Mary, Mother and Queen of all the saints.
Posted by Jesus Caritas Est at 10:43 PM