#PopeFrancis "May he keep us all in his love and unite us..." FULL TEXT in #Assisi + FULL VIDEO - Ecumenical Peace Meeting 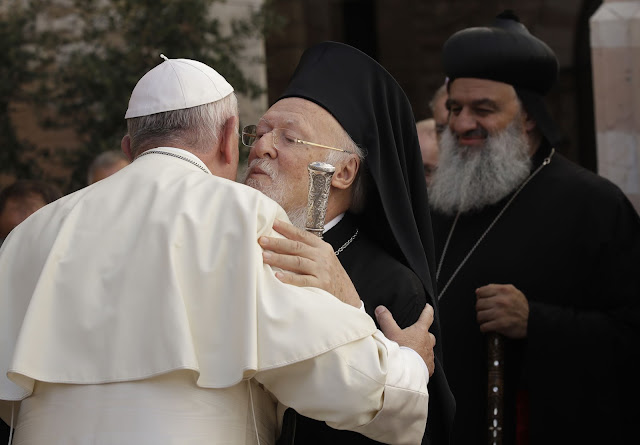 (Vatican Radio) Pope Francis is in Assisi, the hilltop town in central Italy where Saint Francis was born.
His one day visit to Assisi sees him taking part  in the closing of the interreligious World Day of Prayer for Peace, organized by the Community of Sant’Egidio. The theme of the 3-day international meeting this year is “Thirst for Peace. Religions and Cultures in Dialogue”.
This year marks the 30th anniversary of the First World Day of Prayer for Peace that St. John Paul convened back in 1986, an historic event which saw world leaders of different religions come together for the very first time to pray for peace.