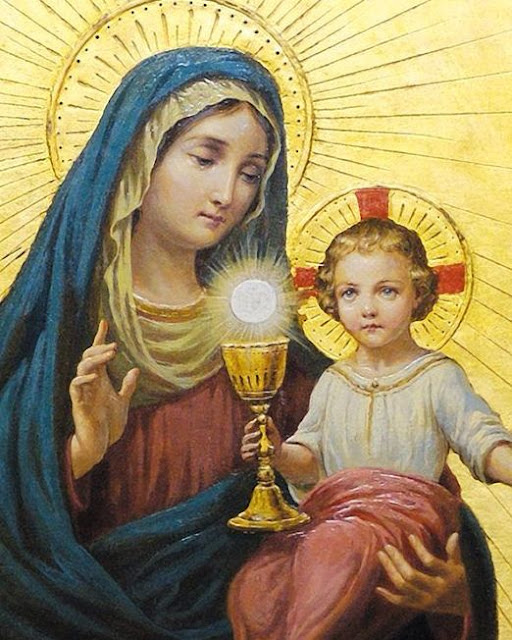 The Fifth Day in the Octave of Christmas
Lectionary: 202

Beloved:
The way we may be sure that we know Jesus
is to keep his commandments.
Whoever says, “I know him,” but does not keep his commandments
is a liar, and the truth is not in him.
But whoever keeps his word,
the love of God is truly perfected in him.
This is the way we may know that we are in union with him:
whoever claims to abide in him ought to walk just as he walked.

Now there was a man in Jerusalem whose name was Simeon.
This man was righteous and devout,
awaiting the consolation of Israel,
and the Holy Spirit was upon him.
It had been revealed to him by the Holy Spirit
that he should not see death
before he had seen the Christ of the Lord.
He came in the Spirit into the temple;
and when the parents brought in the child Jesus
to perform the custom of the law in regard to him,
he took him into his arms and blessed God, saying:

“Lord, now let your servant go in peace;
your word has been fulfilled:
my own eyes have seen the salvation
which you prepared in the sight of every people,
a light to reveal you to the nations
and the glory of your people Israel.”

The child’s father and mother were amazed at what was said about him;
and Simeon blessed them and said to Mary his mother,
“Behold, this child is destined
for the fall and rise of many in Israel,
and to be a sign that will be contradicted
(and you yourself a sword will pierce)
so that the thoughts of many hearts may be revealed.”