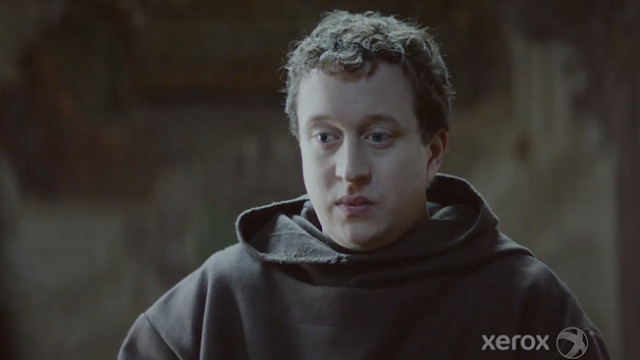 In 1977, Xerox one of TV’s most popular ads, during Super Bowl XI and starred a monk named Dominic who discovered a way to produce 500 copies of a handwritten manuscript. Nearly four decades later, the remaking the 1977 classic has captured hearts. A new way to evangelize the world!