#PopeFrancis “St. Vincent gave rise to a charitable élan that has endured for centuries.” on 400th Anniversary of Vincentians 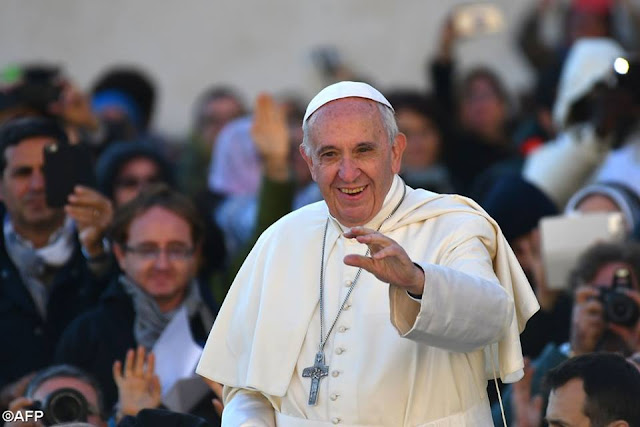 (Vatican Radio)Pope Francis received members of the Vincentian Family in St. Peter’s Square on Saturday, in occasion of the 4th centenary of the origin of their charism of service on behalf of the poor.


Vincentians then and now
2017 is a year charged with particular significance for the Vincentians, for it marks the 400th anniversary of  a pair of decisive events in the life of the man we know today as St. Vincent de Paul: on January 25th, the feast of the Conversion of Saint Paul, St. Vincent preached “the first sermon of the mission” in Folleville (France), a few days after the confession of a dying man him acutely aware of the spiritual abandonment of the poor country people; and later that year, in August, St.Vincent experienced the material poverty and misery of his parishioners in in Châtillon, because of which he decided to dedicate himself to the work of charity that made him an exemplar of holiness.
The events that took place in 1617, therefore, mark the origin of the Vincentian charism, which has animated St. Vincent de Paul’s spiritual sons and daughters – the members of the Vincentian Family – through the course of four centuries.
Today, the Vincentian Family has 225 members and affiliate groups, including religious communities and lay associations, which work in more than 80 countries on 5 continents in health care ministry, education and faith formation, and general human promotion and development. They care for the homeless, refugees and displaced persons, orphaned and abandoned children, and single mothers.
Pope Francis to Vincentians: adore, welcome, go forward to serve
In remarks prepared for the 11 thousand members of the Vincentian Familygathered in St. Peter’s Square on Saturday, Pope Francis said, “St. Vincent gave rise to a charitable élan that has endured for centuries.” “Today,” he continued, “I would like to encourage you to continue this journey.”
The Holy Father focused on three forms of action, which he said epitomize the Vincentian charism and are of the essence to Christian life in general: adoration, welcome, and being on the way as pilgrims in the world.
To adore the Lord, “is to place oneself before [Him], with respect, with calm and in silence, giving to Him the first place, and abandoning oneself to Him in faith and trust,” Pope Francis said.
Pope Francis went on to say, “To be welcoming means to resize one’s self, to straighten out one’s  way of thinking, to understand that life is not one’s private property, and that time does not belong to any one of us.”
“Love,” Pope Francis continued, “is dynamic: it goes out of itself; one who loves does not sit in his chair and watch, waiting for the advent of a better world; rather, with enthusiasm and simplicity, he rises and is on his way.”
Vincentians in the Jubilee Year
This year, the leadership of the Vincentian Family are encouraging members to participate in four special activities to celebrate this Jubilee year:
You can read and learn more about the Vincentian Family and their common projects for this 400th Jubilee Year here.