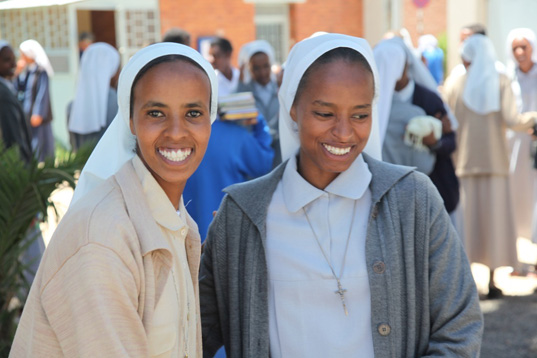 Asmara (Agenzia Fides - FULL TEXT Release) - "In Eritrea, the regime has begun to persecute religious confessions and, in particular, the Catholic Church. The objective is clear: to try to prevent its influence on society: not by prohibiting worship, but social activities". This is the alarm launched by Mussie Zerai, a priest of the eparchy of Asmara, for years a chaplain of the Eritreans in Europe and active in saving migrants in danger in the Mediterranean. «Since 1995 - explains the religious to Fides - there has been a law in force in the country according to which the State wants to carry out all social activities. Therefore, the latter cannot be carried out by private or even by religious institutions. So far, the law has been applied in a bland manner and has not seriously affected the network of services offered by Christians and Muslims. In the last few months, however, there has been an acceleration».

Public officials have decreed the closure of five Catholic clinics in various cities. The minor seminary (which served both the diocese and the religious congregations) was closed in Asmara. Also several schools of the Orthodox Church and Muslim organizations had to close their doors. The closure of an Islamic institute, at the end of last October unleashed the harsh protests of the students."Beyond the economic damage to individual religious confessions - continues abba Mussie – those who pay a high price is the population who no longer has serious and efficient structures to turn to. In Xorona, for example, they closed the only dispensary in operation that was run by Catholics. In Dekemhare and Mendefera, the authorities have banned the activity of Catholic medical centres by stating that they were a duplication of state ones. In reality, public facilities do not work: they do not have medicines, they cannot operate because they do not have suitable equipment and often not even electricity".But what is the reaction of the population? "To rebel is not easy", explains the priest. "The Muslim uprising was stopped with weapons. And there were many dead and wounded. Last month, seven thousand young call-ups joined and, together, called for a meeting with President Isayas Afeworki to denounce the harassment of their officers. The president received them and listened to them. At the end of the talks the boys were taken to a concentration camp near Nakfa and, as a punishment, were left outdoors, under the scorching sun, with very little food and water. Many fell ill. After the parents’ protests, the regime said that it will send them to the barracks to finish the naja. But under what conditions?". (EC) (Agenzia Fides, 12/01/2018)

Unknown said…
It makes the Aliens soldiers in an Invasion Mission – the action is non-stop adrenaline flowing – Characters are believable and likable – It takes you for a non-stop ride from beginning to end. pliegos licitacion publica electronica