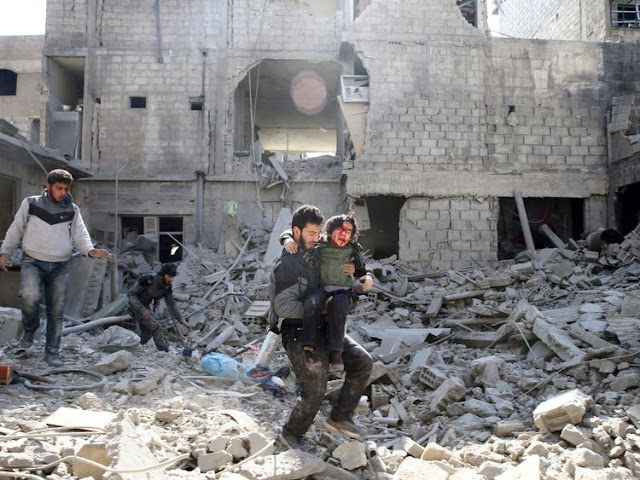 The text calls for a 30-day truce in order to deliver humanitarian aid and evacuate wounded from eastern Ghouta, a rebel enclave under government siege. In five days of attacks at least 400 people have been killed. People have also died in Damascus. Moscow threatens to use its veto if the resolution is unfavourable to its Syrian ally.
Posted by Jesus Caritas Est at 7:04 PM