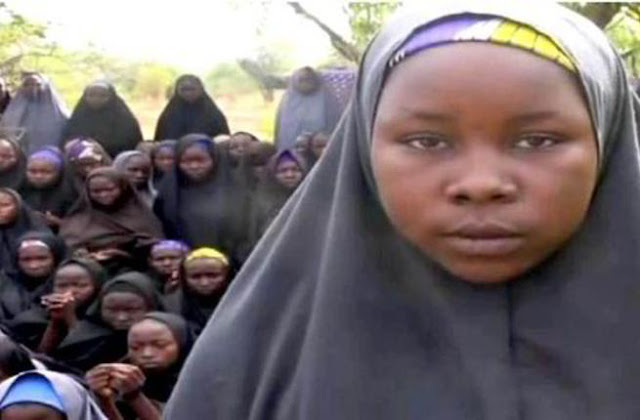 - On Monday Boko Haram attackedg the town of Dapchi, Yobe state. One hundred and ten girls are missing after an attack on a school in northeast Nigeria by suspected Boko Haram insurgents. The information ministry confirmed the number on Sunday,  what may be one of the largest abductions since the Chibok kidnappings of 2014. In 2014, Islamist militant Boko Haram kidnapped 270 schoolgirls from the town of Chibok. The Campaign Bring Back Our Girls was started. Boko Haram's name translates to "Western education is forbidden" in the Hausa language They have killed 20,000 people and forced two million to flee since 2009. President Muhammadu Buhari said that the Yobe abduction is a "national disaster." The insurgents drove into the town of Dapchi on Monday and attacked the girls' school, sending hundreds of students fleeing. Some of the attackers were camouflaged. "The federal government has confirmed that 110 students of the Government Science and Technical College in Dapchi, Yobe State, are so far unaccounted for, after insurgents believed to be from a faction of Boko Haram invaded their school on Monday," the information ministry said in a statement. The Nigerian Air Force is searching for the girls. (Textual Information from MSN and ABC)

PLEASE SHARE and Pray for the Safe Return of theses Girls and for Peace in Nigeria
Posted by Jesus Caritas Est at 7:09 PM