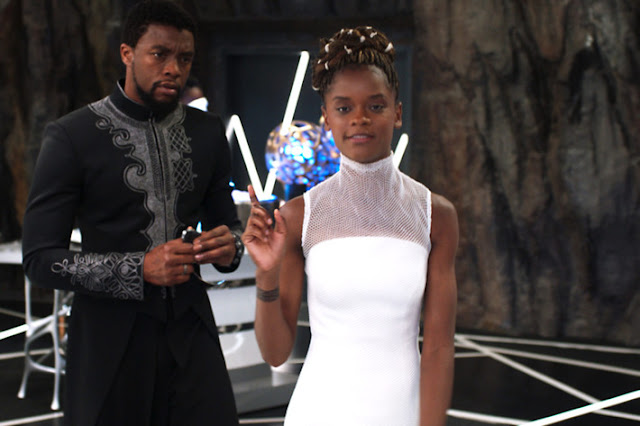 Marvel Studios' new film, “Black Panther,” is receiving great success, but one of its stars puts love of God above her movie career. Actress Letitia Wright, who plays Princess Shuri in Black Panther, said she learned to put her Christian faith ahead of her success in Hollywood. The 24-year-old star took a seven-month break from acting to focus on her faith.
“I just needed to take a break from acting because I really idolized it, so I came off of it and I went on a journey to discover God and my relationship with God and I became a Christian,” she said on ITV's “This Morning.”
She explained, “Like I didn't need validation from anyone else or from getting a part. My happiness wasn't dependent on that — it was dependent on my relationship with God.”
In an interview with W magazine, the Guyanese actor said  “I said, 'OK, Jesus, I'll try you,' and I haven't looked back since.”
Wright said, “I don't really consider myself religious. I view it more as a relationship, and if anyone thinks that's weird, then OK.” grateful! God is wonderful! — Letitia Wright (@letitiawright) January 29, 2018  Her faith prompted her to turn down an acting role alongside fellow stars Nicole Kidman and Elle Fanning. “But I remember God was like, to me, 'Give up the job. I can give you more than that; I just need you right now. Give up the job,'” she said in an interview with Vanity Fair. At first, Wright thought she needed to leave the entertainment business altogether, fearing it was “sinful.” But now she realized that God wants her to be a light in Hollywood:
“There's a reason there are so many Christians in the limelight. A lot of young people who are in the creative industry are finding an avenue toward God now. We're all in the same path, we're all in the same thing. But we all support each other, and love each other, and keep each other grounded, and keep each other positive.”

Watch and SHARE this Inspiring Interview with the Actress where she explains her love of God!
Posted by Jesus Caritas Est at 11:15 AM