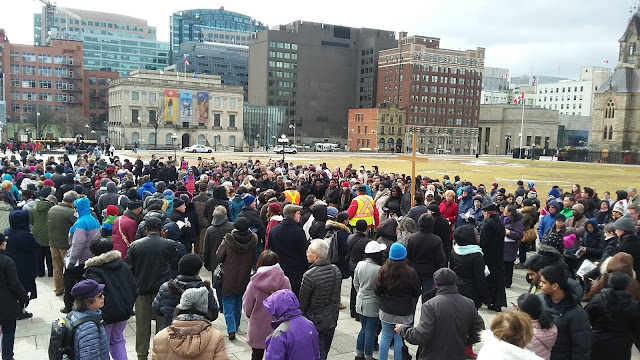 For the 11th year in a row the Catholic Community in the Nation's Capital of Canada have walked the Way of the Cross through the streets. Starting at 9:30am the procession started at Saint Patrick's Basilica they made their way to the Supreme Court and Capital Hill saying prayers throughout. The procession was led by Archbishop Terrence Prendergast of Ottawa and the Papal Nuncio to Canada,
Most Rev. Luigi Bonazzi. Attending were 800 faithful who joined the walk, this included many priests and nuns. Many children also accompanied the group on a cloudy Friday. The group was strengthened by songs of the Communion and Liberation movement. The choir of this group led songs in Latin, French, Italian and English. They also provided booklets with beautiful meditations. 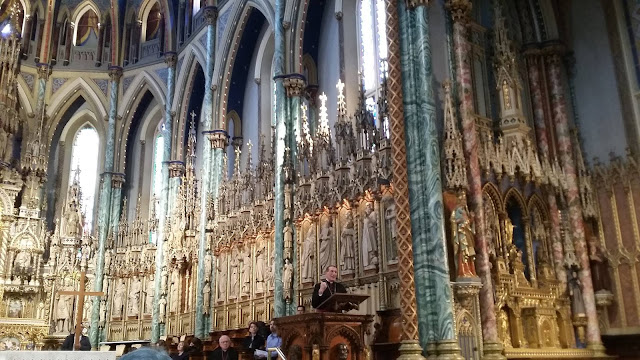 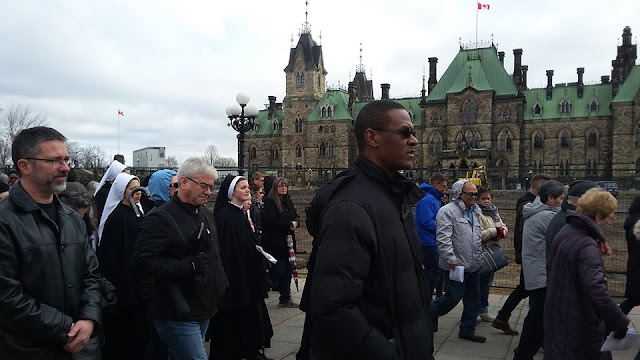